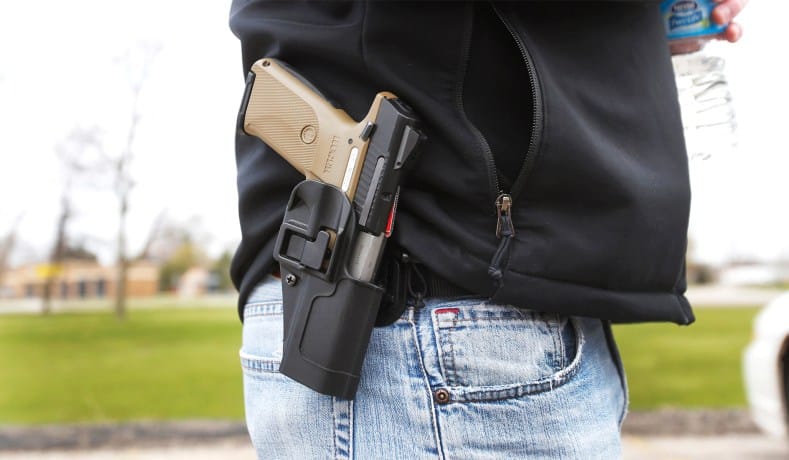 It’s time for Congress to act.

States controlled by the Democratic party have chosen to ignore an individual right protected by an amendment to the U.S. Constitution. Rights of millions of law-abiding Americans in those states have been routinely violated by Byzantine rules and prohibitions, and courts have turned a blind eye to those abuses. The U.S. Supreme Court could intervene, but instead it has chosen to leave unconstitutional laws on the books. Some prominent Democrats have called for repealing the amendment, and magazine articles have offered elaborate justifications.

If this sounds familiar, it happened after the Fifteenth Amendment was adopted in 1870 after the Civil War. That amendment said voting rights “shall not be denied or abridged” on the basis of race or color. Many southern states nevertheless found creative ways to disenfranchise racial minorities — abuses that were addressed by the civil-rights movement of the 1950s and the Voting Rights Act of 1965.

In today’s deeply divided America, many states dominated by Democrats have discovered equally creative ways to bypass, circumvent, or simply ignore the individual rights protected by the Second Amendment. Law-abiding residents of New York State must wait for up to a year for a license to possess a handgun in their homes. Connecticut restricts standard-capacity magazines. California’s laws are probably the most onerous: Residents are limited to handgun models that appear on a government-created approved list, advertisements for firearms are restricted, concealed carry is limited to those who can demonstrate “good cause” to the satisfaction of local law enforcement, and starting next year background checks will be required even for ammunition. Massachusetts, New Jersey, Delaware, and Maryland round out the list of coastal blue states that fail to protect the right of citizens to carry handguns for self-defense.

In theory, after the U.S. Supreme Court’s 2008 decision in Heller and its 2010 decision in McDonald, the Second Amendment was supposed to mean something. Certain policy choices for legislators were supposed to be taken off the table. The majority opinion in Heller, written by Justice Antonin Scalia, concluded by saying: “It is not the role of this Court to pronounce the Second Amendment extinct.” Yet many lower courts have been aiming for just that. …