Keep Gun Control Off the Ballot in Oregon

Measures 43 and 44 Could Make Oregon One of the Most Anti-Gun States in the Union!

Be sure you’re registered to vote in Oregon. If Measures 43 and 44 come up for a ballot initiative, we need as many pro-gun votes as possible to vote down these initiatives! Click here to register to vote!

Keep New York-Style Gun Control Out of the Beaver State!

After feigning interest in “reasonable, common sense gun control,” Oregon’s anti-gunners have dispensed with any pretense. 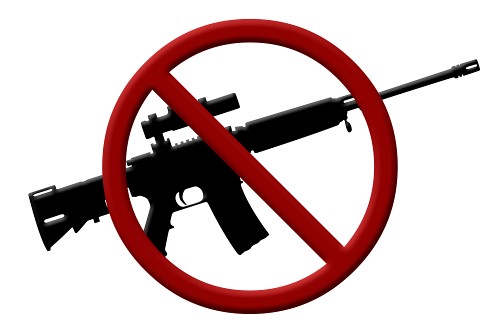 They’re out get your guns.

And they are demanding that you vote to authorize them to do so with Measure 43.

The most recent proposed Oregon ballot initiative finally answers the question: What would Michael Bloomberg do?

The measure was drafted in New York in the backroom of the gun control lobby, and has been shipped all over the country for the purpose of imposing a New York billionaire’s priorities on the people of states like Oregon.

It bans the most popular firearms in the country — starting with semi-automatic rifles (using the “one feature” test) and semi-automatic pistols. Thus, Oregon would ban a category of firearms far broader than the 1994-2004 federal gun ban, which Congress, wisely, allowed to expire.

And, unless you register your gun and, essentially, guarantee that you will never use it again, it would ban and confiscate your guns retroactively.

In addition, Measure 43 would ban all high-capacity magazines unless you register them and, in essence, guarantee that you would never use them again.

Make no mistake: For most of the most popular guns in the country, you could keep yours only if the government decides to let you keep it by registering you and granting you a license.

You could never transfer your gun to another gun owner, and, with few exceptions, you would be required to keep it, disabled, in your own home.

The government would decide exactly how you would store the gun. If it required that you keep your gun and magazines buried 100 feet below the ground, that would be what you would have to do.

No matter what checks you went through before, the government would require that you be rechecked. It could ask you any number of questions. And it could charge ANY AMOUNT OF MONEY for that recheck.

You couldn’t acquire any additional rifles or magazines. And the expectation would be that your gun would sit in a vault until it rusted away.

Remember when the Bloomberg people came to you and proclaimed that all they really wanted was “reasonable, common sense” gun control like universal background checks?

Well, it didn’t take very long for them to admit that they were lying — and that their previous proposals were nothing but a trap to set the stage for a complete and total New York-type gun ban.

Additionally, Measure 44 is a “lock up your safety” proposal which would mandate unenforceable trigger locks on firearms and prohibit firearm transactions without having trigger locks or being in locked containers.

One outrageous point in regard to Measure 44 is that one of chief petitioners is an employee of the anti-gun Giffords’ organization — and it’s possible that she actually lives in the Washington DC metro area.

The fact is that these complete and total New York-type gun bans could appear before the people of Oregon this November.

And, unless you act quickly to resist it with an overwhelming show of electoral force, the Second Amendment will be a dead letter in Oregon.

GOA will continue to monitor these initiatives, but in the meantime, please be sure you and your pro-gun friends and family are registered to vote.

And for a play-by-play update on the ballot measures, please sign up for emails from our friends at Oregon Firearms Federation.

PS: From gun confiscation orders to bump stock bans, GOA is working around the clock to stop gun control. Could you chip in $20, $30, or $50 to the fight?