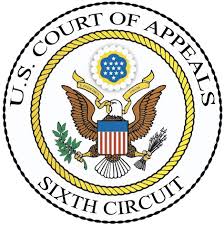 While this may seem like a gun rights case, the real action in GOA v. Garland concerns administrative law, and the application of the Chevron doctrine in particular. As I noted here, the original panel opinion concluded that the Bureau of Alcohol, Tobacco and Firearms’ interpretation of the relevant statutory language was not entitled to Chevron deference because such deference should not be available when an agency interprets a criminal statute. This is an important question of administrative law that the Sixth Circuit had engaged with before, and which the full court will now consider.