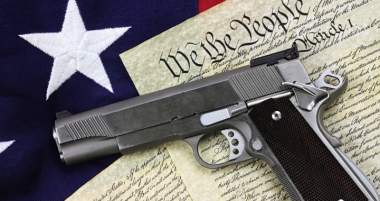 Gun Owners of America is praising the introduction of the Silencers Helping Us Save Hearing Act of 2017, called the SHUSH Act, which would ensure the elimination of all federal regulations of suppressors.

The bill was introduced by Sen. Mike Lee (R-UT) and Sen. Mike Crapo (R-ID) in the Senate, and Rep. Steve King (R-IA) in the House.

“Suppressors can make shooting safer for the millions of hunters and sportsmen that exercise their constitutional right to use firearms every year,” Sen. Lee said. “The current process for obtaining a suppressor is far too expensive and burdensome. Our bill would remove these unnecessary federal regulations and make it easier for firearms users to protect themselves.

“By properly classifying suppressors as a firearm accessory, our bill would allow sportsmen to have better access to hearing protection and preserve the hearing of sportsmen, gun owners and those who live near shooting ranges,” Sen. Crapo added.

Gun Owners of America is praising the introduction of the bill.

Read More at The Resurgent