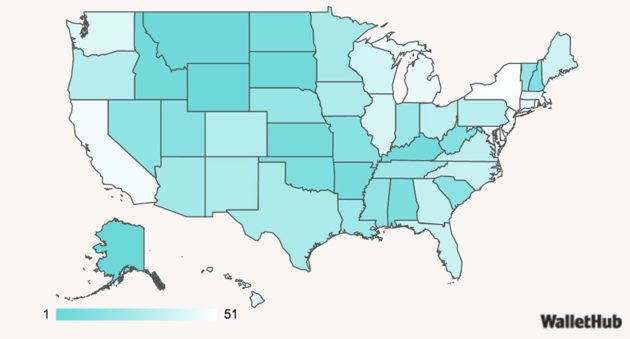 See where your state fits into this ranking of states that depend on the gun industry for jobs, political contributions and gun ownership.

It’s no secret that the gun industry is big business in America. The manufacture, sale, distribution and ownership of firearms generates a lot of money – a WHOLE LOT of money. And a whole lot of jobs, too.

WalletHub recently took a close look at the economic impact the gun industry has in the U.S., by comparing and ranking the states in accordance to their favorability or “friendliness” to the firearms, in both the manufacture and sale of guns as well as civilian ownership.

WalletHub “compared the economic impact of guns on each of the 50 states and the District of Columbia to determine which among them leans most heavily on the gun business both directly for jobs and political contributions and indirectly through ownership.”