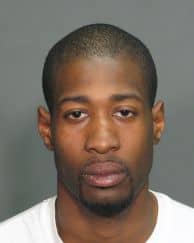 GARNER, N.C. (WNCN) – A man was shot and killed by a neighbor while the man was attacking a woman in a domestic-related incident in Garner on Sunday morning, police say.

Just before 7 a.m., police were called to a home in the 1800 block of Spring Drive, Garner Police said in a statement.

Officers found three people at the scene, two of those were injured.

A male victim, later identified as Randolph Maurice Davidson, 32, was shot multiple times and was transported to WakeMed where he later died, officials said.

A 26-year-old female victim at the scene suffered multiple stab wounds. Officials said Sunday night that she was in stable condition at WakeMed ICU after undergoing surgery for her injuries.

A second man, 26, who police say fired shots that killed Davidson, was also at the scene and was not injured.