You have a true gun rights hero running for re-election to Congress in Iowa’s First District — Rod Blum.

Rod is “A” rated by Gun Owners of America and a true defender of the Second Amendment in Congress.

GOA has been with Rod since he first ran for Congress, and he remains one of our strongest allies.

And for good reason, too. 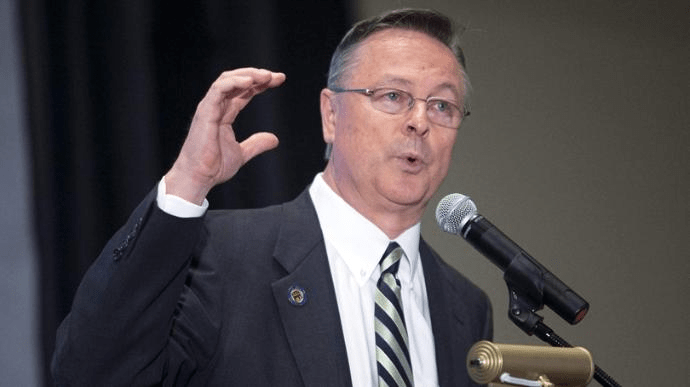 Not only was this 2,300-page, $1.3 trillion spending bill pushed through Congress in the dead of night — it also included a dangerous background check expansion.

In fact, this unconstitutional gun control had support from members of both parties.

But not from Rod Blum.

Rod was one of only twenty-five Republicans not to vote for this gun control bill on both the procedural vote to bring it to the floor (which means standing up to his own party leadership), and final passage.

This is just one of the many reasons why we need Rod Blum in Congress.

Rod believes your right to self-defense doesn’t end at the state line. Rep. Blum cosponsored and voted for a GOA-backed concealed carry reciprocity bill that protects your right to carry when you travel.

But now the anti-gunners are targeting Rep. Blum. Pollsters are calling this race a “toss-up.”

They know that Rod Blum is a strong Constitutionalist, and they despise him for it.

Anti-gunners want to replace this seat with a gun grabber who will trash your right to keep and bear arms.

But as Second Amendment supporters, we can’t let that happen. We need to come together and support the re-election of Rod Blum.

Whether that’s volunteering for his campaign or making a contribution, a little bit goes a long way.

But most importantly, gun owners need to vote for Rod Blum in November. And it also means going the extra step in encouraging your pro-gun friends and family to get to the polls as well.

Thanks in advance for your efforts. I know with your help, we can keep Rod Blum in Congress in Iowa’s First District!

PS: You can find your polling place here. It’s important that all gun owners turn out to support Rod Blum for U.S. Congress. But did you know that GOA is involved in races across America supporting no-compromise candidates? Please consider chipping in $20, $50, or $100 so GOA can keep up the pressure in important races across the country.

Why Gun Rights Advocates Can’t Afford To Give Any Ground