Protect Our Cities With Constitutional Carry

America is in the midst of major protests and rioting. 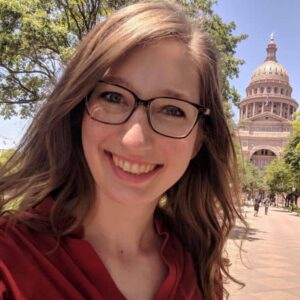 People are standing up on the streets—and online—because they are horrified at George Floyd’s death. Others are taking advantage of the situation to loot and commit acts of senseless violence, resulting in more loss of life. As a result, many are taking up arms to protect themselves and their businesses.

Although the criminal elements are causing chaos, many peaceful protesters truly want to see action toward greater justice.

I agree that it’s time for action, not merely kind thoughts or empty words. It’s time for Texans to empower all people in all communities, guard against unjust tyranny, and tear down the still-existing elitist mentality that has its roots in ugly racism.

In other words, it’s time for Constitutional Carry.

“Constitutional Carry” means that the right to keep and bear arms is Constitutionally-guaranteed; therefore, a state government has no business requiring a permit for handgun carry. Thirty-one states allow handgun carry without a permit, and sixteen of them let honest citizens choose whether they carry open or concealed.

Unfortunately, Texas is far behind and still requires a government-issued permit, or License to Carry (LTC), in order to carry a handgun. Removing the permit requirement for Texas is a much-needed step toward “liberty and justice for all” for three important reasons.

First, passing Constitutional Carry legislation helps rip out an elitist mindset with racist roots. During Reconstruction, Texas passed a law forbidding the carry of handguns in public. Most Southern states passed similar laws which were all racially motivated with an intent to disarm former slaves.

Even more horrifying, these laws were unequally enforced, with white people getting off the hook much more easily. Some exceptions have been carved out, including car carry (without a permit) or public carry (with an LTC). However, the general handgun carry ban still remains.

Constitutional Carry legislation would repeal this ban, but many Texas legislators refuse to sign on because they believe that gun carry should be reserved for those who jump through hoops to get an LTC. Unfortunately, the LTC permit system favors the wealthier, better-off classes and discriminates against many who need protection the most. Although the current legislature may not explicitly intend racism, it still operates with a distinct elitist mindset.

Second, the concept of Constitutional Carry inherently guards against an overreaching, too-powerful government. In George Floyd’s case, a rogue agent of the state killed a man by pinning him down for nearly nine minutes, in public. This overreach of power is so terrible that law enforcement is overwhelmingly denouncing what happened to Floyd.

However, tyranny exists every day in more subtle forms, including current laws, regulations, and procedures. An armed citizenry is the best defense against a tyrannical government, because the very fact that people have the ability to be armed reminds government not to overstep its proper limits. It allows us peacefully assemble and petition the government for redress of grievances, which is far preferable to using violence.

I want to see all communities, all races, all income levels of Texans equally able to empower themselves by peacefully exercising their right to keep and bear arms. Constitutional Carry removes barriers that make it harder for some demographics to arm themselves. It gets us much closer to that equal empowerment of all peaceful Texans.

Third, when Texas successfully passes Constitutional Carry, we will be better able to protect against criminal activity such as the current threats of violence and destruction. The past week has offered horrifying examples of criminal behavior, but also powerful illustrations of armed citizens protecting themselves.

Minneapolis business owners are standing guard with rifles to stop vandalism and robbery. A Lebanese-German dealership owner set up rotating teams of armed volunteers to protect his life’s work. Texans armed with rifles lined up to defend the Alamo from those who wanted to destroy it.

It’s not only businesses that are in danger; lives are at stake. A Philly gun store owner likely saved his own life when he shot a burglar who broke down the door and pointed a handgun at him.

Violence can spring up anywhere, and we are our own first responders. Unfortunately, Texas’ permit requirement severely limits your ability to defend yourself while you move about peacefully in public. Repealing the handgun carry ban gives more of us a fighting chance at saving our own lives.

Texas obviously has a problem, and protests alone are not the solution.

Protests can be used to draw attention to an issue, but they are only—at best—a first step. The next step is hard work, and that work is what distinguishes between those who really care and those who just wanted to jump on someone’s bandwagon (or trending tweet) for a hot minute.

Get involved now in elections and put people in public office who will stand up for liberty and justice for all. Prepare for the upcoming Texas legislative session, which is January 11 through May 31. Show up inside the Capitol with ideas, shape the ideas into legislation, and shepherd the legislation into law.

If you’re concerned that our right to keep and bear arms is being infringed, and that our liberties and safety are being threatened, then it’s time for action. It’s time for us to empower all Texans from all communities. It’s time to finally repeal the racist, elitist Jim Crow-era gun control laws that are still on the books.

It is high time to pass Constitutional Carry in Texas.

Let’s make 2021 the year for liberty and justice for all. Join me at gunowners.org/texas.