Privileged Billionaires Are Gunning For Your Second Amendment Rights

Once again, as a result of multiple copycat shootings generated by press coverage, the battle is on to suspend various provisions of the Bill of Rights.

At their core, “Red Flag Laws” would allow an angry relative to suspend a gun owner’s Second, Fourth, Fifth, and Fourteenth Amendment rights. It would be as easy as a phone call to a judge alleging that the gun owner was “dangerous.”

Following the Dayton shooting, there has been debate about whether the shooter’s pre-2013 high school suspension for a distasteful social media post and conduct as a juvenile would have raised a “red flag.” 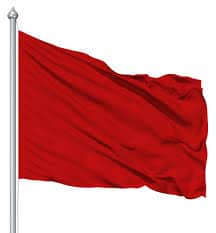 Like virtually every other shooter, people come out of the woodwork after the fact to say they “knew” the guy would shoot up the place.

But, as with virtually every other shooter, this one could have easily had his guns removed if anyone had bothered to use pre-existing law.

As it turns out, in Ohio you can be charged with “menacing,” which the state treats as a felony, irrespective of the subject’s intention. If the authorities weren’t willing to charge the shooter under current law, they certainly would not have “red flagged” him.

To plug the holes in their argument, gun grabbers are suggesting that a high school suspension and a juvenile’s conduct from eight years ago should be grounds for a red flag order.

A disproportionate percentage of suspensions are meted out to minority students. A thoughtful analyst may be tempted to suggest that the days of Jim Crow (when officials enforced laws disarming African Americans by “visits” in the middle of the night) are back.

These anti-gun visitation efforts are funded by billionaires who have no difficulties obtaining private security for themselves. The newest member of the club is the Laura and John Arnold Foundation. Having distributed over $1 billion to left-wing causes, the Arnolds’ latest $50 million project is to “research into the causes and solutions to gun violence…”

Together with billionaires Michael Bloomberg, Tom Steyer and George Soros, these privileged elitists protect themselves with armed security guards. They do so while working to disarm the “little people,” who are in a much greater need for self-protection than those who live behind tall gates in leafy exurbs.

My brother was one of the “little people.” He was suspended from school when he was young. As a law-abiding adult, he kept a loaded gun in his nightstand. Had he not, he might well have died the night a drug-addict showed up at his bedside at 3 a.m.

People like John and Laura Arnold, Michael Bloomberg, George Soros, and Tom Steyer, would have disarmed my brother yet, they have no problem protecting their own wealth and privilege with armed guards and elite police forces.

The one-percenters are not just trying to destroy our constitutional protections. They have also spent hundreds of millions trying to destroy the Republican Party as well. Despite this reality, there is an emerging view among some Republicans that they can betray their base in 2020 and still win.