Most will not be surprised that House Minority Leader Nancy Pelosi (D-Calif.) – who plans to return as Speaker in the next House – has declared that gun control will be a priority in the next Congress. 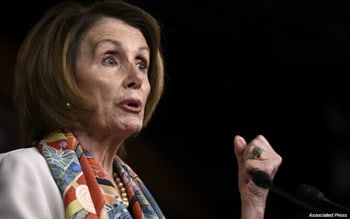 It should also be noted that Pelosi will push for universal background checks which she claims will prevent guns from going into the wrong hands.

Gun Owners of America Legislative Counsel Mike Hammond believes that Democrats will be hard-pressed to get Pelosi’s proposed measure through the Senate.

“Pelosi has said that’s the first thing she’ll pass,” Hammond informed in a GunOwners.com report. “My head count is there are 51 votes against that in the Senate. They need 60 votes to invoke cloture in the Senate. They only have 49, so I suspect we’ll kill that rather [than pass it].”

However, Hammond pointed out that there is a real danger with “Red Flag” gun confiscation orders, which, as a result of a government complaint – or just an angry “ex” – a “secret court” can be convened to determine whether a United States citizen can be stripped of his or her constitutional right to bear arms.

“A lot of conservatives have been duped into [believing] that this is the sort of gun control that conservatives can support,” the Second Amendment advocate explained. “And so that – I think – is going to be a central battleground.”