There’s nothing like a good, old fashioned, middle-of-the-night, smoke-filled backroom deal by Congress to violate the Constitution.

Unfortunately, this is just the type of tyranny and lawlessness that gun owners have come to expect from the Swamp in Washington, D.C.

Apparently, House Democrats are hoping to compromise internally to gain support for both “police funding” and an unconstitutional “assault weapons” ban at the same time.

After all, it was only earlier this week that President Biden said that: If you can’t support banning weapons of war on America’s streets, you’re not on the side of police. 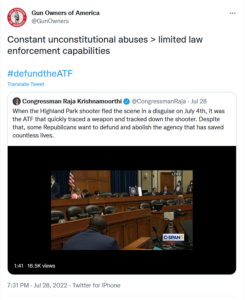 Democrats apparently think that their opposition to the Second Amendment should be taken as support for the police.

But gun control does not increase public safety or serve the common good. It only serves to restrict the right of the people which is “necessary to the security of [our] free state.”

In fact, if police are calling for gun control—and indeed it is only elitist anti-gun police leaders doing so—then they are opposing themselves to the people and the common good.

Indeed, Pew Research found that less than a third of police support a ban on so-called “assault weapons.”

In fact, in a survey of 15,000 verified law enforcement professionals by PoliceOne.com, here’s what they found:

1. Virtually all respondents (95 percent) say that a federal ban on manufacture and sale of ammunition magazines that hold more than 10 rounds would not reduce violent crime. 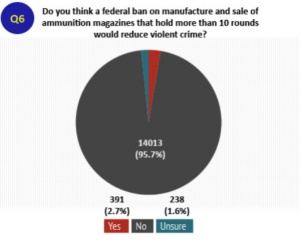 2. The majority of respondents — 71 percent — say a federal ban on the manufacture and sale of some semi-automatics would have no effect on reducing violent crime. However, more than 20 percent say any ban would actually have a negative effect on reducing violent crime. Just over 7 percent took the opposite stance, saying they believe a ban would have a moderate to significant effect. 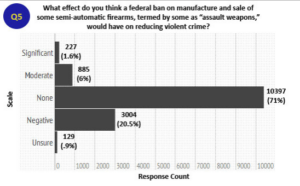 3. Seventy percent of respondents say they have a favorable or very favorable opinion of some law enforcement leaders’ public statements that they would not enforce more restrictive gun laws in their jurisdictions. Similarly, more than 61 percent said they would refuse to enforce such laws if they themselves were Chief or Sheriff. 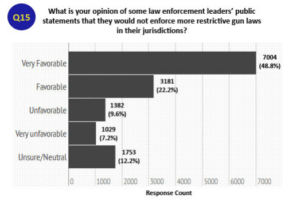 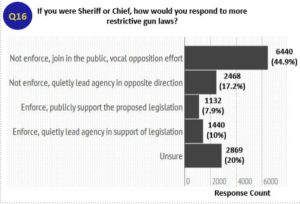 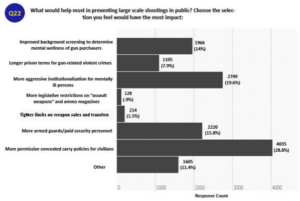 5. The overwhelming majority (almost 90 percent) of officers believe that casualties would be decreased if armed citizens were present at the onset of an active-shooter incident. 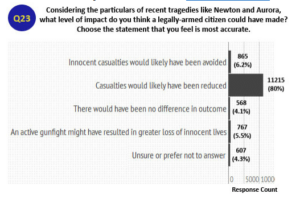 6. More than 80 percent of respondents support arming school teachers and administrators who willingly volunteer to train with firearms and carry one in the course of the job. 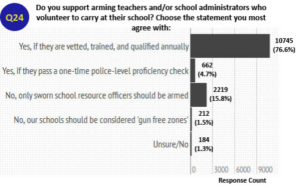 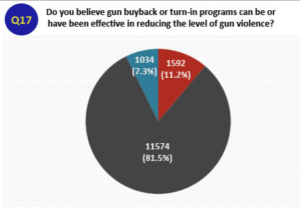 8. More than half of respondents feel that increased punishment for obviously illegal gun sales could have a positive impact on reducing gun violence. 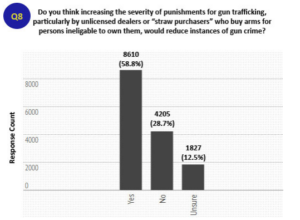 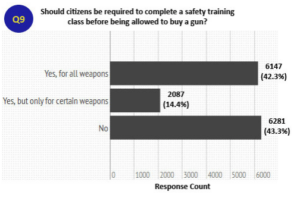 10.While some officers say gun violence in the United States stems from violent movies and video games (14 percent), early release and short sentencing for violent offenders (14 percent) and poor identification/treatments of mentally-ill individuals (10 percent), the majority (38 percent) blame a decline in parenting and family values. 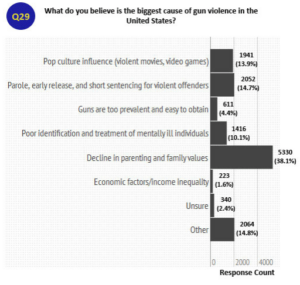 So, if the Democrats foolishly take up an “assault weapons” ban today, it won’t win them more support of rank-and-file police officers.

Their support for banning so-called “weapons of war” actually pits the Democrats against the majority of police, who support the right to keep and bear arms.

Such a terrible miscalculation is sure to cost Democrats in the 2022 midterms the same as the Assault Weapons Ban of 1994, which cost Democrats the majority in the President Clinton’s first midterm as well.

If Congress really wants to help solve crime and wants to listen to police, then they should vote on Rep. Hudson’s H.R. 38, the Concealed Carry Reciprocity Act instead.

Gun Owners of America, our members, and especially our members and supporters in law enforcement, stand strongly against today’s possible consideration of unconstitutional gun control laws.

Glocks, and Other Common Handguns Banned Under the Assault Weapon Ban of 2022

Firearm Manufacturers are not Responsible for the Deeds of Madmen

Which Guns Are At Risk Under the Assault Weapons Ban of 2022?