But GOA needs your help to make sure the “assault weapons” ban never passes the House and never reaches Joe Biden’s desk!

We’re running ads to generate opposition to weak links in the House who could succumb to pressure from the gun control lobby, and we’ve already generated thousands of calls into congressional offices. You can see one of our ads below: 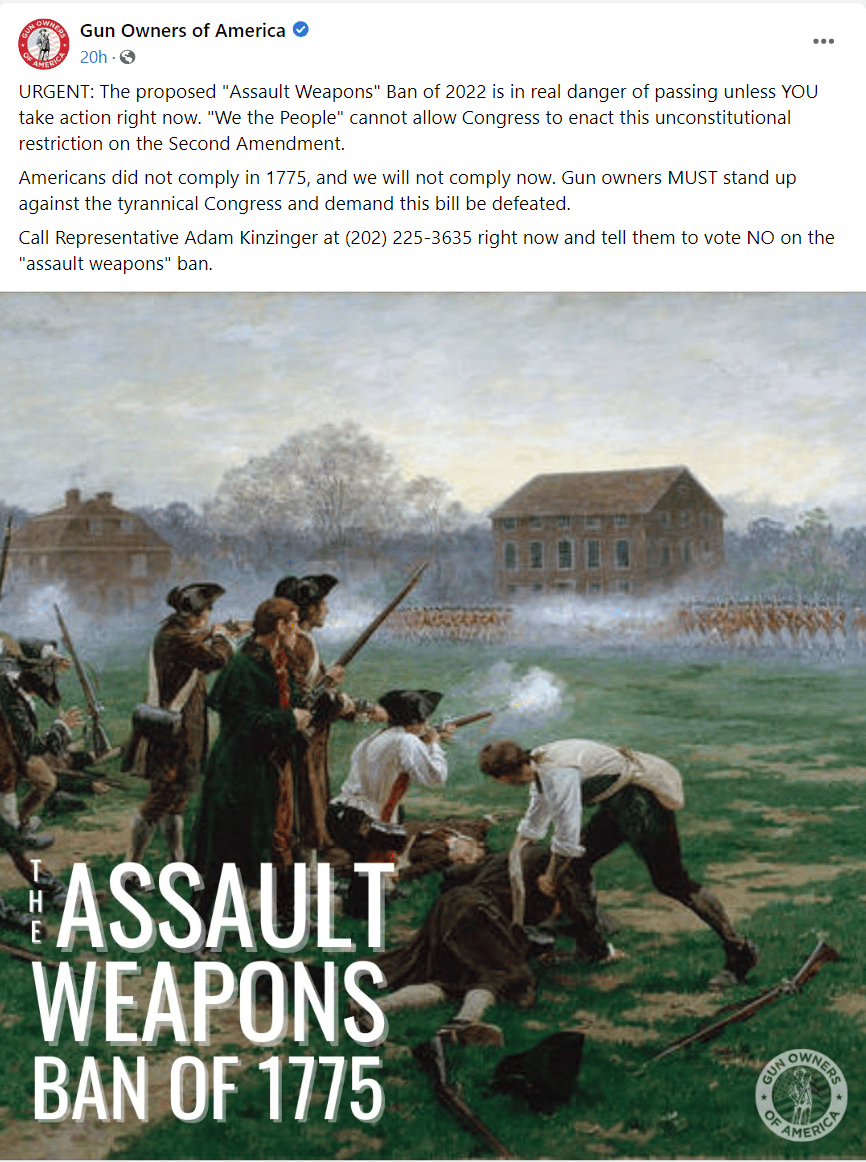 Please make a contribution to our Ad Fund to ensure our ads can keep the heat on squishy congressmen until the final vote is cast in the House.

One of GOA’s spokespersons, Antonia Okafor Cover, just testified in a House committee against this unconstitutional gun grab.

Below is a screengrab of Antonia Okafor Cover testifying: 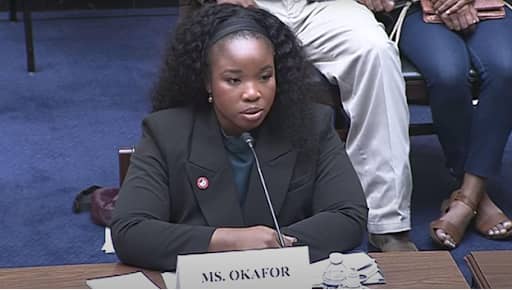 She also presented clear facts that gun control not only FAILED to stop shootings in Uvalde and Buffalo, but even aided and abetted them.

You better believe that a ban on so-called “assault weapons” will FAIL to keep us safe and only take guns out of the hands of honest, law-abiding citizens who could thwart would-be mass shooters.

And if Congress can get away with banning some vague thing called “assault weapons,” the door will be opened to ban other commonly-owned firearms like handguns.

Americans did not comply in 1775 when “assault weapons” were banned. And we’re sure as heck not complying now.

You’re our only hope of defeating this tyrannical assault on our God-given right to keep and bear arms.

Please make a contribution to our Ad Fund to ensure our ads keep running until the final vote is cast in the House.

MO: For State Senate, Vote Suzie to Save SAPA

WV: Our Constitutional Rights are NON-NEGOTIABLE