“There is so much evidence of shenanigans and fraud, and we can’t stand aside and just watch this unfold around us here. You know, it’s not about disenfranchising anybody; it’s making sure every legal vote counted and if there is extensive shenanigans out there, it’s up to the General Assembly to step in. So we have a fight in our hands, and we’re going to fight, we’re going to take that fight all the way to the Supreme Court if
we have to.” – Senator Doug Mastriano

What a difference a real leader makes! 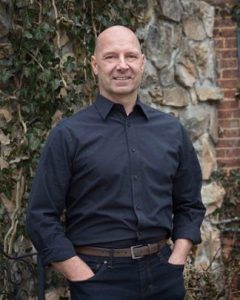 In response to the evidence presented at the historic election fraud hearing in Gettysburg, PA on November 25th, Pennsylvania State Senator Doug Mastriano (R-33) called for the Pennsylvania General Assembly to take action.

In episode 541 of Steve Bannon’s War Room, Senator Mastriano discussed a joint resolution that would enable the General Assembly to appoint Presidential Electors.

But what happened next was infuriating.

Instead of a joint resolution, the Republican-led Pennsylvania House of Representatives proposed their own, anemic resolution that did absolutely nothing.

But Senator Mastriano was undeterred. His Senate Resolution did exactly what he promised. The Resolution,

Directs that, pursuant to our authority granted in Article II of the United States Constitution and the numerous illegal acts committed, encouraged and ignored by the Governor, Secretary of State, and certain election officials, we hereby take back and reserve to the Pennsylvania General Assembly the power to designate Presidential electors for the State of Pennsylvania for the December, 2020 meeting of the Electoral College and withdraw any prior statement or direction to the contrary given by us or any other official or body…(emphasis added)

Instead of performing their duty under Article II Section I of the U.S. Constitution, the Republican leadership delayed and ran out the clock on the legislative session. 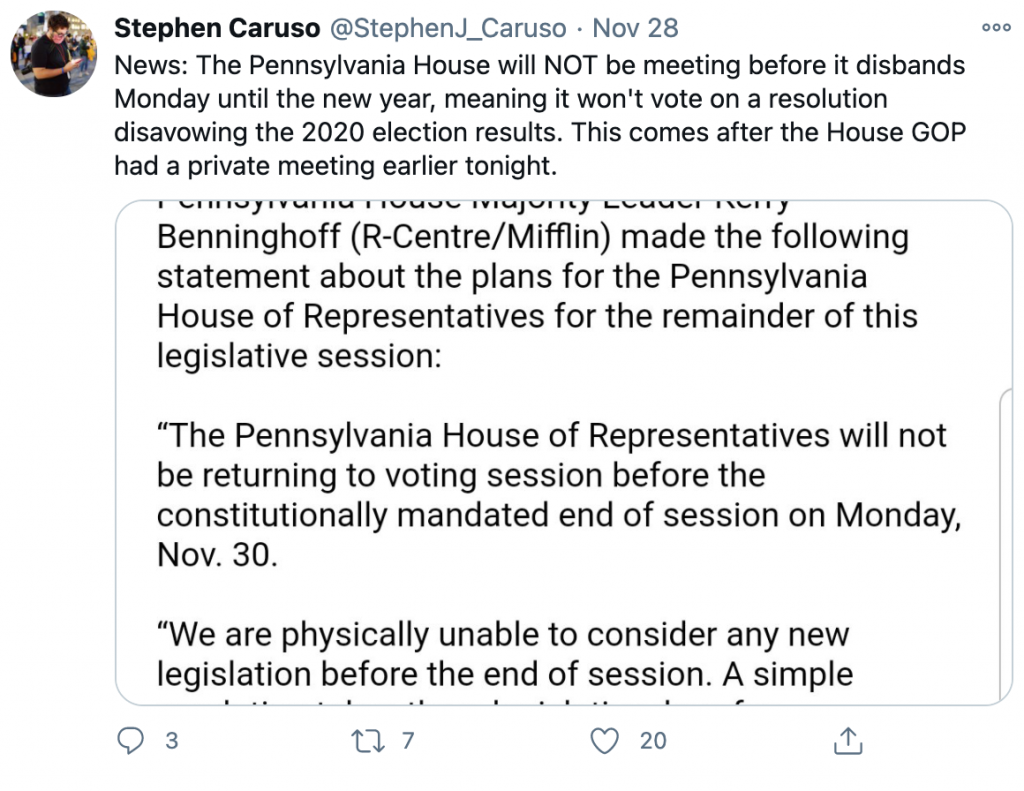 And the message from the Senate Republican leadership was the same — there just isn’t any time left in the session to do anything.

Let’s be clear about what happened. It was “4th and long” with seconds left on the clock and instead of a “Hail Mary” pass, the Republican leadership took a knee and lost the game.

And that’s just not acceptable. That why I need you to take action today to hold the Republican leadership accountable for their failure to act.

Tell the Republican leadership that you expect them to take action and refuse to certify the results of the election until a serious investigation of voter fraud is completed.

Here’s why this is important for gun owners: If we allow this election to be concluded without a serious investigation into the claims of fraud, the consequences could be permanent.

The anti-gun Left is pursuing agenda items that would fundamentally transform our nation by:

These agenda items will, of course, lead to substantive ramifications for gun owners with:

So given the serious concerns of fraudulent activity surrounding the November 3 election, we are urging the Republican leadership:

We are at a perilous time in history. And if the anti-gun Leftist bullies succeed in intimidating us into overlooking their corruption, the results will be permanent and irreversible.