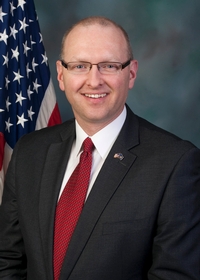 Rep. Martin Causer reneged on GOA testifying before his committee.

I don’t know about you, but when I promise something to someone, I hold true to my word. Unfortunately, that didn’t happen with Representative Martin Causer (R-67), Chair of the House Majority Policy Committee.

On Wednesday, March 9, 2022, GOA, along with other gun rights organizations, was offered an opportunity to testify before the House Majority Policy Committee on April 5th regarding Second Amendment issues. I graciously accepted that offer.

This would have been an excellent opportunity for GOA to testify about our legislative priorities for the next legislative session as well as provide strong information to protect our Second Amendment rights.

Unfortunately, just two days later I was informed that GOA would not be permitted to give oral testimony before the committee. The NRA and another gun rights organization were still on the agenda, however.

I’m livid, not because of ego, but because a major Republican committee is ignoring GOA members and supporters across the Commonwealth.

As a GOA State Director, I am an extension of you, our members. When I was not allowed to provide testimony, in essence, you were not allowed to have a voice during this hearing. This is what upsets me the most — the fact our members had no voice. Might it be because GOA will never pander seeing we are the only no-compromise 2A organization in Pennsylvania?

It was your efforts that led to pro-gun legislation landing on Governor Wolf’s desk, like Constitutional Carry and the bill to strengthen our firearms preemption laws.

GOA members and supporters were the most active of any gun rights group. You were sending emails, making phone calls, and showing up in Harrisburg to personally lobby for these and other bills. You refused to let our legislators off the hook!

GOA is also the only gun rights organization that has a dedicated, registered lobbyist in Harrisburg with an office across the street from the Capitol.

Despite these efforts, RINOs are trying to shelve GOA like a can of beans while the other gun groups get a public hearing. That isn’t acceptable! You deserve better treatment than this for everything you’ve done and continue to do.

That’s why I need you to send a message to Representative Martin Causer (by using the form above) and urge him to put GOA back on the committee hearing schedule for oral testimony on April 5th.

The email alert widget will only work for constituents of Representative Causer’s district.