This is why Hitler engaged Nazi propagandist Joseph Goebbels to pound out hate-filled language to stir up their facile minions. 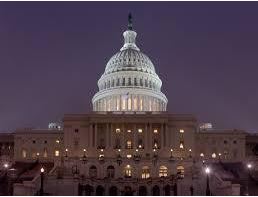 Well, the Bloomberg/Giffords/Brady operation has the same thing. And their latest Goebbels-like creation is the concept of “ghost guns.”

No, “ghost guns” are not guns wielded by scary ghosts. Rather, they are firearms — or firearms parts or perhaps even firearms programs — which are made or conveyed for personal use and which do not therefore have a serial number.

This is currently legal.

But Bloomberg/Giffords/Brady want to make it illegal.

All of this would be contained in H.R. 2621, which was recently ordered to be reported to the full U.S. House by a committee voice vote.

Now, what about the particulars of the proposed new statutory definition of “ghost gun”?

We talked with an attorney who had litigated in this field, and what she told us was alarming.

What about “80% receivers”? Although they are arguably a “frame or receiver” under the 1968 Act, a long history of regulation and interpretation has exempted them from the serial number requirement.

Does the “otherwise” language in the new definition outlaw them? Do we want to risk this possibility?

One more thing: Also reported from committee by voice vote is H.R. 2383 which would prohibit FEMA funds from being used to arm teachers.

At a time when House Democrats are going into a frenzy in order to use horrific incidents of violence to pass irrelevant gun control, it is interesting how resolute they are in opposition to the one measure that has been demonstrated effective in protecting school children.

Please use the contact form below to email your Representative in opposition to H.R. 2621 and H.R. 2383.