The anti-gun Left is, once again, out to shred the Second Amendment with a vengeance. 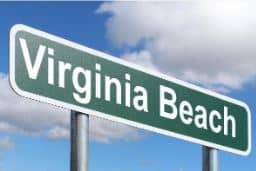 In the aftermath of a tragic shooting in Virginia Beach last week, anti-gun zealots are stepping over the dead bodies in their rush to grab the closest microphone.

They are calling for more gun control … more restrictions … more laws that will be ignored by criminals and only affect honest citizens.

In an article I authored for the Daily Caller this week, I noted how gun control actually helped the Virginia shooter commit his crime:

The Virginia Beach shooting effectively occurred in a gun-free zone. City employees are prohibited from carrying firearms, so they were sitting ducks when the killer chose them as the targets. This shooting is not an isolated incident, as almost 98% of the mass shootings that occur in this country occur in gun-free zones.

And then the President stepped into the fray when, speaking to the Brits this week about suppressors, said he “[doesn’t] like them at all” and will “seriously look” at banning them.

GOA responded to several media requests on this subject by articulating our opposition to the National Firearms Act, including its current restrictions on suppressors, and reiterating our commitment to “oppose any effort to further regulate or ban them.”

As you certainly know, the media is constantly misleading the American people. They have often claimed that Australia eliminated their mass shootings after confiscating guns in 1996-97.

But this has always been a lie. Case in point: Another mass murderer, in “gun free” Australia, just went on a shooting rampage this week.

If you’re wondering why you might not have heard about this in the news, it’s probably because the killer used … a shotgun! Of course, the victims were murdered, nonetheless, and no one was able to fight back because the entire country is a “gun free” zone.

Anyway, Governor Ralph “blackface” Northam is calling the Virginia legislature back into session to pass his gun control proposals. So if you live in Virginia, you will soon receive an action alert to oppose these gun control proposals and to push for Constitutional Carry instead.

At the federal level, various congressmen are using the Virginia tragedy to pursue calls for more gun control.

Two anti-gun bills that were recently sent to the floor of the House of Representatives could come up for a vote at any time:

You can read more about these two bills by going here.

And you can Take Action to email your Representative in opposition to these bills by using the contact form above.