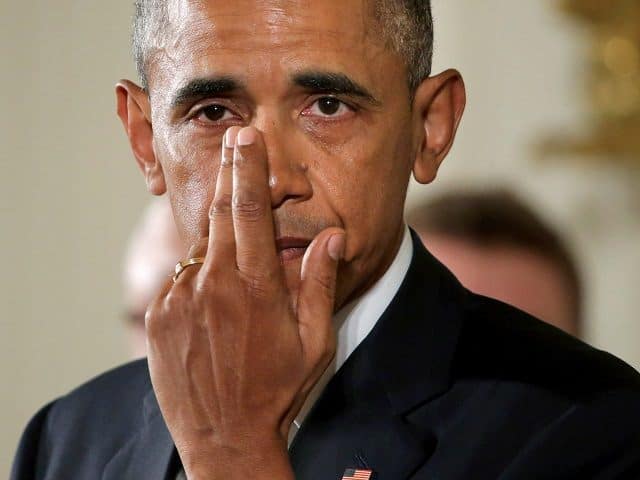 President Barack Obama tells CNN’s Fareed Zakaria his greatest regret from the past eight years was his inability to further restrict the Second Amendment via more gun control.

“If you ask me where has been the one area where I feel that I’ve been most frustrated and most stymied, it is the fact that the United States of America is the one advanced nation on earth in which we do not have sufficient common sense gun safety laws.”

Zakaria said, “He failed to pass any firearms legislation. By the time it became a priority he simply did not have the political capital.”

The segment went on to show that gun control only became a priority after the December 14, 2012, attack on Sandy Hook Elementary, but it was too late. Americans were not interested in passing more gun control in response to an attack wherein the gunman, Adam Lanza, had bypassed all gun laws by stealing the weapons he used to carry out the attack.

The Obama administration tapped Senator Joe Manchin (D-WV) to push universal background checks in the months after Sandy Hook; grasping what the Democrats’ viewed as a window of opportunity to secure legislation they had long desired but failed to secure….

Seen in this light, Obama’s greatest regret is one of freedom’s clearest victories. The Second Amendment survived his presidency.