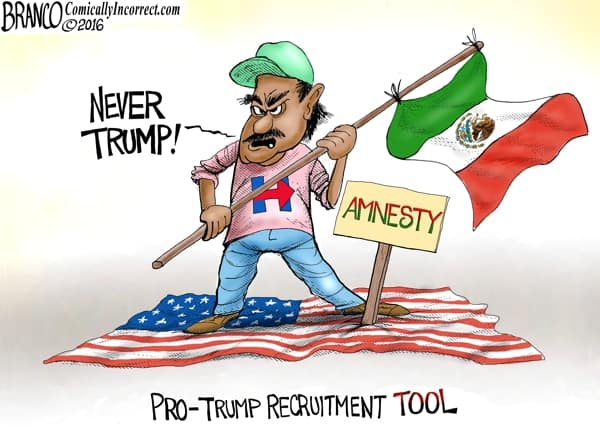 “It could all come down to Colorado.”

That’s the latest conventional wisdom from presidential poll watchers. But it may not be legal American citizens in my adopted home state who choose the next commander in chief.

Instead, it could very well be foreign noncitizens voting illegally in the Rocky Mountains — and in other crucial swing states — who seal our country’s fate.

Former Colorado Secretary of State Scott Gessler identified nearly 5,000 noncitizens in Colorado who voted in the 2010 general election. Gessler’s office uncovered upwards of 12,000 noncitizens registered to vote. Liberal groups who oppose stronger election system protections attacked him for trying to verify citizenship status — because God forbid public officials sworn to uphold the rule of law actually do anything to enhance the integrity of our election system!

Compounding the problem: The militant immigration expansionist group Mi Familia Vota, connected with the Service Employees International Union, has ramped up its efforts in swing states to facilitate naturalization and registration of Latino voters who will promote the open-borders agenda at the polls.

Another rare defender of American sovereignty, Kansas Secretary of State Kris Kobach, fought in court for his state’s right to require citizenship documents from people who register to vote at motor vehicle offices. Last month, a federal appeals court struck down the Kansas law despite the U.S. Constitution’s conferral of responsibility for determining who may vote to states.

Read more at Freedom’s Back