Written by Michael Hammond Published: 19 May 2020

Apparently, legislators in the Sooner State would sooner have freedom than fascism. 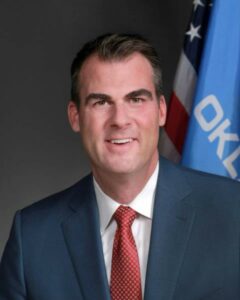 That bill is Senate Bill 1081, and it has passed both the Senate and the House and is currently awaiting Governor Kevin Stitt’s signature.

NOTE: There was an errorenous report over the weekend claiming that Gov. Stitt had signed this bill. But this is NOT correct. According to Stitt’s office, as quoted in The Oklahoman, the Governor has not signed this bill.

“Red flag” gun confiscation laws have been passed in almost 20 largely-blue anti-gun states. These bills would allow the police or an angry relative to take your guns away with unsubstantiated allegation made in a secret proceeding before a gullible judge. You would not be notified before the police showed up at your house in the middle of the night to knock on your door.

Already, in Maryland, two gun owners have been summarily executed by police in connection with the service of “red flag” or similar orders.

But under S.B. 1081, “red flag” orders would be illegal in Oklahoma. And no locality could receive money under a Nancy Pelosi-supported bill intended to turn Oklahoma into a gun control state.