Official Violence in Nicaragua Demonstrates Need for a Second Amendment 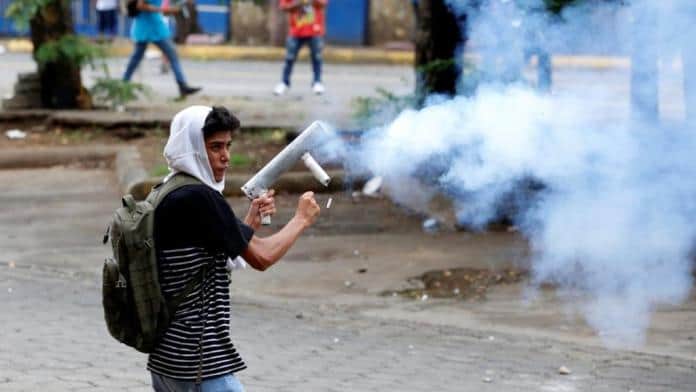 More than 170 people have died in Nicaragua since unrest began two months ago. Protesters have taken to the streets demanding President Daniel Ortega and his wife and vice-president, Rosario Murillo, step down.

Police and pro-goverment (paramilitaries) have been accused of using “lethal force” to crack down on the protests.

On June 17, the day after a resumption of the National Dialogue where government and civic groups agreed to cease hostilities, remove roadblocks and allow for a foreign inquiry, at least eight people were killed in renewed violence….

On May 29, Amnesty International released a report accusing the government of working with pro-government armed groups to suppress the protests. It also said authorities “adopted a strategy of repression, characterised by excessive use of force and extrajudicial executions”.

[Ed. Note: The picture shows a demonstrator firing a homemade mortar towards the riot police during a protest against Nicaragua’s President Daniel Ortega’s government in Managua, Nicaragua.]