What American Gun Grabbers Could Learn From Brazil 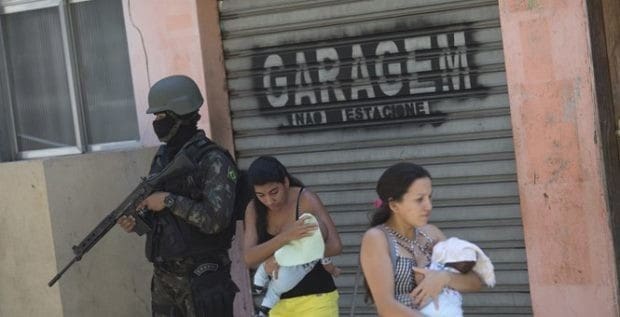 What American Gun Grabbers Could Learn From BrazilWhen anti-gunners look to other countries, they tend to only focus on Western Europe. They argue that culturally, we’re similar countries with similar values and similar systems of government. Because they have strict gun control and low crime, the same would hold true for the United States.

However, the United States doesn’t have a single culture. We have dozens of different cultures floating around within our borders. Oh, they may consume the same media by watching the same TV shows and movies, but for the most part, they’re not the same cultures by any stretch of the imagination.

That means we need to look at the world as a whole to see how big a failure gun control is.

André Bevilaqua is no stranger to guns. He hunted as a kid, and carrying was a part of the protocol when he auctioned confiscated property at the regional court, where debtors frequently demurred. But when the Rio de Janeiro attorney set out to buy a .380 caliber pistol last year, he hit a rainforest of red tape that only a Brazilian bureaucrat could love.

A year later — after a thicket of questionnaires, hefty fees, a criminal background check, a psychological evaluation, a written exam and a shooting test, and a house call by three firearms inspectors — the armed forces finally green-lighted his purchase. I heard the contorted tale as I tagged along with Bevilaqua to the gun shop last weekend to pick up his gun.
That’s the drill in Brazil, where law-abiding folk submit to a state-stewarded via crucis in the name of public safety. Meanwhile, it’s de facto open carry for the busy criminals who’ve turned Brazil into a continental kill zone. …

And the fact that Brazil is so damn violent isn’t in spite of their gun control laws. It’s because of it.

Official Violence in Nicaragua Demonstrates Need for a Second Amendment