Urge your state lawmakers to support the nullification of federal gun control!

We’re not the first to say that, “Missouri is making a bid to be the most pro-gun state in the nation.” 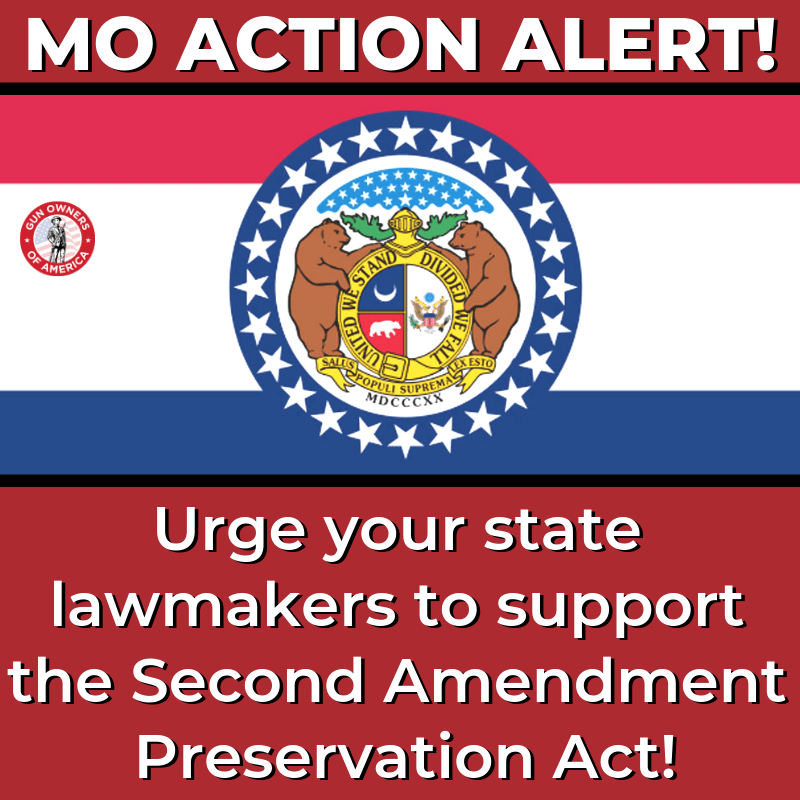 And now there is a serious possibility that Missouri may enact legislation to ban state officials from enforcing the unconstitutional aspects of federal law.  The concept, called “nullification,” was sent to the governor’s desk six years ago — only to be vetoed by Democrat governor Jay Nixon.

But guess what?  He’s gone.

And the new Republican governor might well sign the nullification bill if it was resubmitted to him.

The bill, Senate Bill 367 (along with companion bills HB 1039 and HB 786), would deem many federal gun control statutes to be “infringements” of Missourians’ constitutional rights:

Missouri law enforcement would be prohibited from enforcing these infringements.  And those who try — including the feds — would be subject to various types of lawsuits and disbarments.

Ordinarily, a pro-gun statute this good would be “pie-in-the-sky.”  But this proposal has gotten to the governor’s desk once before.  And there is a very real chance that Missouri could lead the nation by actually pushing this proposal into law.

This legislation has only recently been introduced in Jefferson City, and neither chamber has voted on it. This means gun owners only have a few short weeks to get this legislation through both houses and on to the Governor’s desk.

So please contact your state lawmakers ABOVE in support of Senate Bill 367!