No One Should Have to Wait for a Gun!

Over the past few months, in emails, web pages and on social media posts, we have been letting you know about the significant delays handgun dealers and buyers have been forced to endure due to ineficiencies at the “gun line.” 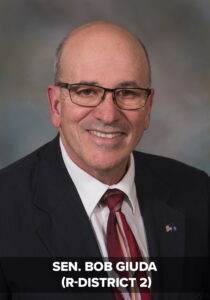 SB 141 will solve this problem by abolishing the “gun line.”

There will be a remote public hearing on February 16 at 1PM.

Click here to sign up to speak or to register your support.  If you go to this page, you can either participate in the hearing via ZOOM or watch it on Youtube.

The requirement to conduct a pre-sales check of gun buyers is a federal requirement, and the “gun line” is merely a state point of contact for a federal system.

NICS uses a system that is owned, operated and controlled by the FBI.

SB 141 does not give any powers to the federal government that they do not already have.  If the FBI decides to shut down gun sales, the New Hampshire “point of contact” will be shut down as well.

GOA has heard from dozens of gun buyers and dealers complaining about the handgun buying process.  At the same time, they have all said that when a gun dealer contacts the FBI NICS operations center for the sale of a rifle or shotgun, most checks are completed in less than five minutes.

GOA has strongly opposed background checks throughout our entire 45 year history.  They don’t work, as evidenced by recent high profile murders where the killer passed a background check because the criminal did not have a prior criminal record — including the now-infamous Las Vegas murderer and the criminal who shot former Member of Congress Gabriel Giffords.

However, if a check is mandated, GOA’s position is that it should be done without any delay.

Handgun buyers being subjected to long waits by NHSP is not a new problem. However,  as gun sales increased last year, the delays went from hours to days — and then to weeks and months.

Those who have been involved in this issue for most of the past two and a half decades have told me that the New Hampshire “gun line” has always been operated in this grossly inefficient manner — especially when compared to the FBI NICS system which, again, typically gives a much quicker response.

GOA has opposed NICS since its inception. For starters, we vehemently disagree with the premise of the system — that law-abiding citizens should be forced to prove their innocence to the government before exercising their rights. This essentially puts bureaucrats in the position of having to check millions of law-abiding people to find just a few criminals.

Now gun buyers are witnessing, first hand, that which we predicted would happen. That is, we are seeing that people can’t obtain a self-defense firearm in a timely fashion.

Despite all of these longstanding and well known problems, some misguided gun activists are claiming that the New Hampshire “gun line” can be “fixed.”  We are even hearing that legislation to repair it may be forthcoming.

If it was possible to “fix” the long wait times, it would have been fixed years ago — long before the problems became this bad. Disbanding it is the only solution — and that is exactly what SB 141 will do.

Pro-gun Sen. Bob Giuda is the right person, at the right time, to sponsor SB 141.  Sen. Giuda may be familiar to you because after Sept. 11, 2001, he worked with GOA to enact legislation allowing commercial pilots to fly armed.

For Sen. Giuda, the Second Amendment is not theoretical, it is real. Now, as a State Senator, he is stepping forward again to fight for the rights of gun owners — this time so that people can buy a handgun without delay.  When someone is threatened and needs a weapon for self defense, they need it immediately — not in weeks or months.

The time is right to use our pre-written emails to contact your State Senator and urge support for SB 141.  Then, contact Governor Sununu and let him know that the law allows, but does not require, the state police to conduct these checks.

For an immediate fix, until SB 141 is enacted into law, Governor Sununu can easily issue an executive order telling the state police to cease to conduct these checks — because the law allows the state police to conduct these checks but it does not require it.  Please urge Governor Sununu to put the full weight of his office behind SB 141, then, please contact your own Senator and encourage support for SB 141.

Please urge the governor to do this.  If that happens, by default, all checks will be conducted by the FBI — and the vast majority of transactions will likely be approved in fewer than five minutes.

A right delayed is a right denied — especially when the need for a self-defense gun is urgent!

Gun owners will face fewer delays if they only have to clear one set of hurdles (at the federal level), as opposed to forcing gun buyers to submit to state-mandated background checks, which then adds another level of bureaucratic delays.

Please use the form above to take action to help make SB 141 into law.