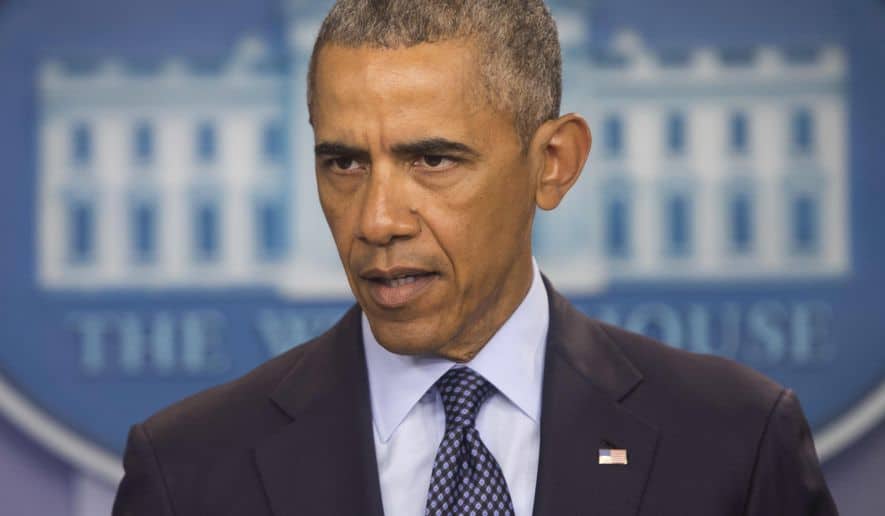 A Muslim shooter — son of an immigrant Taliban-loving Afghan — kills 49 people, in a gun-free zone where most security was disarmed, after passing a NICS background check. In the meantime, Barack Obama is falling over himself to import unvetable Syrian immigrants, undoubtedly including at least a couple of hundred embedded terrorists.

So… How did Senate Republicans end up playing defense with respect to this narrative?

Could it be that anti-gun Senator Chris Murphy understands the stakes in creating a diversion in this potentially election-determining event, while the GOP doesn’t?

Make no mistake about it: The Left is going stark, raving, bat-excrement crazy. The New York Times is now calling the gun lobby “complicit in terrorism” — and, at the same time, can’t understand why we won’t accept legislation which would only take guns away from people who are complicit in terrorism.

In the meantime, the Senate GOP is recycling its “gun control lite” strategy — where it promises to destroy the Second Amendment, but with less vigor than its adversaries. And, if you’re going to die in quicksand, it’s hard to overestimate the importance of sinking slowly.

I will give John Cornyn, Chuck Grassley, and Ted Cruz some leeway: Their “gun control lite” amendments are intended to lose, while giving RINO Republicans like Kelly Ayotte and Pat Toomey “something to vote for.” And their strategy will probably work.

Having said that, neither the Grassley-Cruz amendment nor the Cornyn amendment is anything which the Second Amendment community should support.

Cornyn’s “trigger” is the exercise of one’s Second Amendment rights. Purchasing a truckload of fertilizer, or high explosives, or box cutters are okay.

Its “due process” provisions were written by anti-gun loon Frank Lautenberg in 1966 — and provide “due process” only for people rich enough to spend $20,000 on an attorney. And if you can’t afford that, the government can arrest and detain you, perhaps indefinitely.

Now, some RINOs are talking about reaching a “compromise” halfway between Cornyn and Feinstein. If this were to happen, and Obama were to join Senate Republicans and the NRA in singing “kumbaya” over the corpse of Second Amendment activists, the GOP can forget about pro-gunners delivering pro-gun states like Pennsylvania, New Hampshire, Virginia, Ohio, Wisconsin, Nevada, and Colorado.

Von Clausewitz said, “Position is everything.” So rather than trying to fight on the Left’s turf by offering half of the gun control Feinstein and Murphy are hocking, the GOP might want to look at the successful post-Columbine gun control fight waged by me and Tom Delay’s resident genius, Tony Rudy.

We put Hollywood and the liberal Establishment on trial for their obvious role in inspiring the Columbine killers.

Similarly, Hillary Clinton should not be allowed to spew venom on her political adversaries, while avoiding mention of the culpability due to —

-the ISIS-enabling foreign policy of her and Barack Obama (including the Iran agreement);

-the failure of the Florida Muslim community, Mateen’s Taliban-loving father, and his strangely silent wife to sound the alarm;

-immigration policies which, even now, are allowing embedded Syrian terrorists to come into the U.S. without adequate vetting;

-the anti-gun laws which made sure that none of the 320 “victims” present in the Pulse nightclub was able to defend himself or herself.

So — Republicans — think carefully before strengthening your enemies and punishing your friends. The “gun issue” delivered the Senate to Republicans in 2014. It can do that again if the Senate GOP doesn’t work to demoralize and destroy it.

Michael Hammond is the legislative counsel for Gun Owners of America. This article originally appeared in Townhall on June 18.