Keep the Pressure on Your Senators

Click on the TAKE ACTION button to send pre-written letters to your two Senators, urging them to OPPOSE all gun control.  Tell them while NO gun restrictions would have stopped the Orlando shooter, repealing Gun-Free Zones and encouraging concealed carry would have made a difference.

Yesterday, I went toe-to-toe with a spokeswoman from one of Michael Bloomberg’s anti-gun organizations.

It was an hour-long debate on public radio, where I was the only pro-gun spokesman on a panel against several gun control supporters. 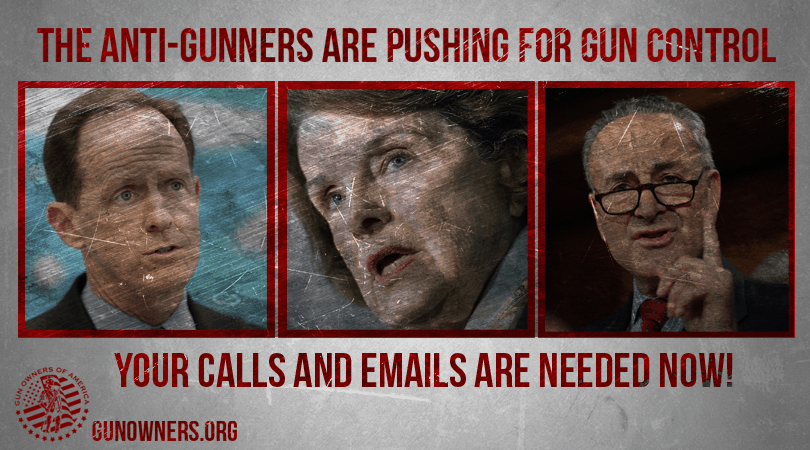 One person messaged me after the debate to say that I had given an overwhelmingly anti-gun audience a lot of food for thought.

I was glad to hear that, but we have a bigger threat facing us right now — it’s our elected politicians on Capitol Hill.

In the Senate, the long knives were temporarily sheathed yesterday, as they postponed the various gun control restrictions until Monday.

But the assault is still coming, which is why it’s so imperative that your Senators hear from you again.

And as I told you yesterday, there are several anti-gun amendments that will be offered to a Commerce-Justice-State spending bill (H.R. 2578).

The Feinstein proposal will bar (or delay) honest Americans from buying guns, if their name mistakenly winds up on a government watch list.

Then there’s the Constructive Republican Alternative Proposals (aka, CRAP).

One Republican “compromise” version — which is an alternative to the Feinstein “terror watch” language — will still result in lengthy delays for honest Americans who are trying to buy firearms for self-defense.

Ironically, the “compromise” language would not apply to a terrorist who is being investigated for purchasing fertilizer, renting a Ryder truck and posting statements about blowing up federal buildings.

It only demonizes guns and those who want to buy guns — and innocent people will be denied firearms.

This is because the government watch lists are horribly flawed and have massive mistakes — as seen by the fact that even Congressmen and Senators have ended up on the lists.

(Well, some might argue that Congressmen should be on this list for voting to violate our Constitution, but that’s a whole separate discussion.)

Anyway, Republicans are offering their proposals as “side-by-side” amendments, which are intended to kill the Democrat gun control proposals.

Sadly, it’s a reality of the Senate that the “squishies” there demand to have something to “vote for.”

One can argue the merits or demerits of this — we certainly do — but if there is any consolation to all this, it’s that all the proposals are intended to fail (even the Republican ones).

Well, we’ll certainly have to see how this precarious strategy works.

Orlando Being Used as an Excuse for More Infringements 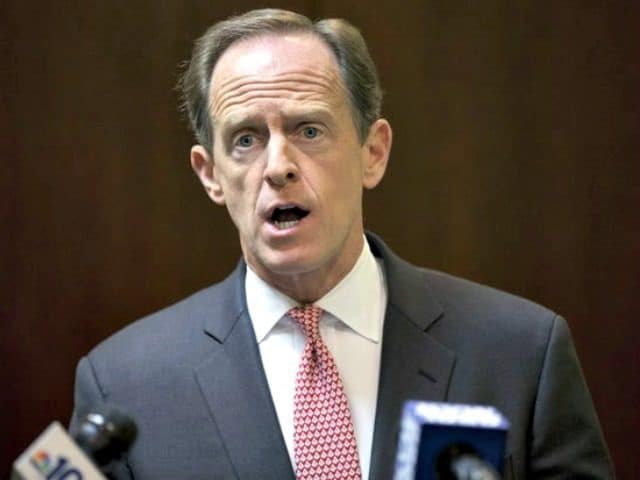 That’s because there’s nothing the gun haters are proposing which would have saved one life — and many anti-gun spokesman have admitted as much.

During my debate with the anti-gun spokeswoman from Bloomberg’s group, she admitted that there’s “no one law” that would stop terrorists from committing mass shootings.

If you go here to listen to the debate, you’ll hear me point out there are actually pro-gun initiatives that would save lives — like repealing Gun-Free Zones and encouraging concealed carry.

One listener said that after hearing me give so many examples of unreported guns-saving-lives stories, it made her realize how this current gun control hysteria is largely driven by the media.

Indeed, I gave SEVERAL examples of attempted mass shootings that were abruptly halted because there was a concealed carrier at the scene of the crime.

This is the message that we need to communicate to our Senators:

• NO gun control whatsoever.  No gun bans for Americans on a watch list.  No universal background checks, which are ineffective and only register gun buyers.

• REPEAL gun control laws that create “criminal safety zones.”  These Gun-Free Zones are the problem.  And police know this is the case — as almost 90% agree that these mass shootings could be averted if there were concealed carriers at the scene of the crime.

So please use the pre-written text here to contact your senators.

And if you have time, please make another phone call. Even if you’re calling over the weekend, just leave a message on their answering machine.

We know the anti-gun groups are pulling out all the stops to support this gun control — and that’s one additional reason your calls and emails are desperately needed.

P.S. Please urge your Senators to OPPOSE all gun control amendments to a CJS spending bill (H.R. 2578).  Tell them while NO gun restrictions would have stopped the Orlando shooter,