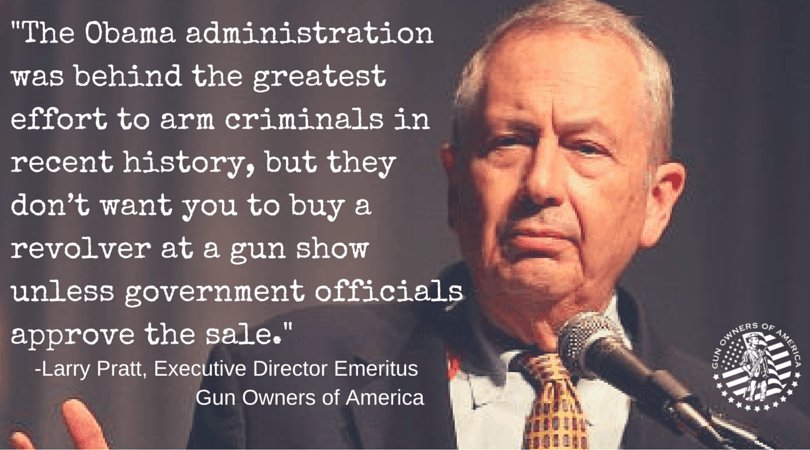 The Obama administration was behind the greatest effort to arm criminals in recent history, but they don’t want you to buy a revolver at a gun show unless government officials approve the sale.

I recently did a Spanish-language talk show, Radio Bilingue, and was asked about the President’s demand that all firearms transactions be subject to a background check.

I pointed to the hypocrisy of Obama Administration officials — how they want to know about my sale of a revolver to a long-time neighbor, even while they ran a deadly Fast & Furious program which put thousands of semi-automatic rifles into the hands of the Mexican cartels.

The government’s reckless pursuit of a political agenda cost the lives of almost 200 people — mostly Mexicans, so maybe they don’t matter to the administration?

Over 1,000 guns were lost by the Bureau of Alcohol, Tobacco, Firearms and Explosives.  And we learned only recently that one of those Fast & Furious guns was a .50 caliber sniper rifle that found its way into the hands of El Chapo.

All of this happened on Attorney General Eric Holder’s watch.  Yet there have been no prosecutions of any high-ranking official involved in Fast & Furious.

The Obama administration was behind the greatest effort to arm criminals in recent history, but they don’t want you to buy a revolver at a gun show unless government officials approve the sale.

Never mind the fact that the overwhelming majority of gun show sales only occur after government approval!  They want an all-encompassing system of registration where every gun buyer has to get permission from — or get registered through — the government.

The dirty little secret, however, is that these background checks are NOT stopping and incarcerating bad guys who try to purchase guns illegally. 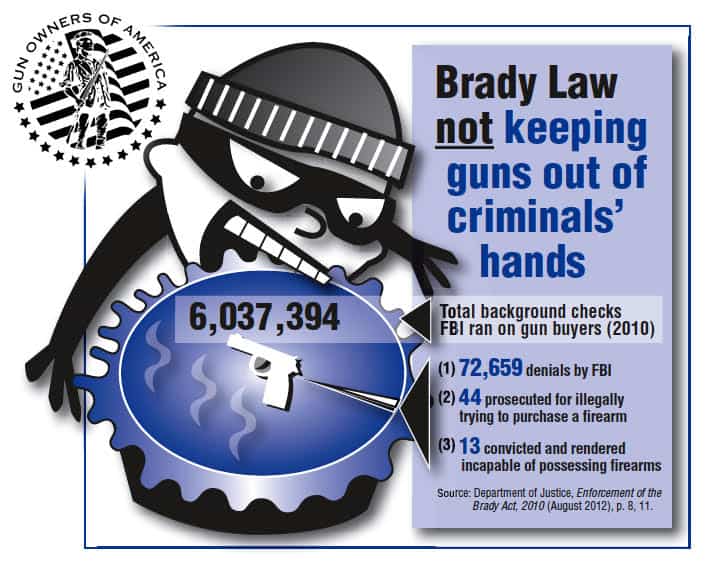 There were only 44 prosecutions of buyers going through a background check in the last year of record (when more than ten million guns were sold).

A lot of money and personnel time is devoted to a non-crime-fighting procedure –even while the government was running guns into the hands of the Mexican cartels.

Again, it wasn’t private sellers who ran thousands of guns into the hands of the cartels — it was the federal government.

Does bureaucratic inertia explain why a multi-million-dollar program is continued when it is obviously pointless?  It could, but the more cynical among us suspect that, although prohibited from keeping background check info for more than 24 hours, the feds are compiling a national gun registry from those checks.

Fast & Furious was illegal.  The IRS abuses of conservative groups was illegal.  And the monitoring every call made in the United States by the NSA is illegal.

Yet since all these abuses happened, should we not have an independent prosecutor look into how the FBI handles gun owner information that is collected pursuant to every background check?

Larry Pratt is the Executive Director Emeritus of Gun Owners of America, a grassroots lobby representing more than 1.5 million gun owners across the country.