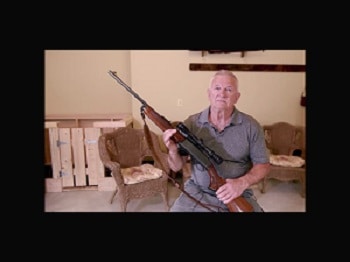 A 70-year-old Vietnam veteran said he was watching television in his Taberg, New York, home when deputies knocked on his door, then entered and confiscated his firearms.

The veteran, Don Hall, said the deputies told him he had a record of mental issues. They took his handguns, then asked if he had long guns. They took those also.

Hall said he was in disbelief–that he tried to think back to what he could have said or done at some point in his 70 years that would have made someone think he had a mental problem. He said, “I was guilty until I could prove myself innocent. They don’t tell you why or what you supposedly did. It was just a bad screw-up”:

According to Syracuse.com, Hall hired an attorney, who advised Hall that he would have to prove that he was not the Don Hall with mental issues. In other words, he was not the Don Hall authorities were seeking. Hall “secured affidavits from local hospitals to prove he hadn’t been recently treated,” and, over a period of time, “his lawyer convinced a judge that authorities had him confused with someone else who had sought care and that his weapons should never have been seized.”