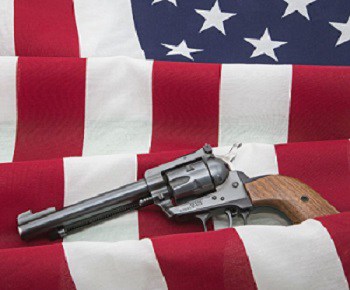 Some American political and human events in history are intentionally overlooked by those responsible for teaching and analyzing them.

The nation rightfully celebrates the civil rights movement and the March on Selma. Our children are taught about women’s suffrage and Susan B Anthony. The left loves to evoke memories of the Vietnam antiwar demonstrations. Modern day movements such as gay and transgender rights, the Women’s March, and the Occupy movements are celebrated in the media.

How many of you have ever heard about the major event that occurred in our country that shows the importance of your Second Amendment rights? The “Battle of Athens” was the perfect example of why our founding fathers were so brilliant as to include “the right to keep and bear arms” in our Constitution.

On August 1, 1946, there was a primary election in McMinn County, Tennessee. The two major towns in the county are Athens and Etowah. Political corruption and election fraud were concerns of the local citizens. The United States Department of Justice even investigated the allegations in the three elections prior. During those elections, most of McMinn County’s young men were off fighting World War II. There was even an incident where two servicemen home on leave were shot and killed by the sheriff’s deputies.

At the end of the war, approximately 3,000 experienced veterans returned to McMinn County. The GIs had known about the troubles back home, even while fighting overseas. They were not happy about what had been going on. They organized and actually put forth an “all G.I.” political ticket for the primary. These ex-servicemembers promised fair elections and ballot counts.