Grassroots Activists Put a Hurt on Congress, While GOA Scores One Against the ATF

So far, we are winning …

We know it gets tiring. 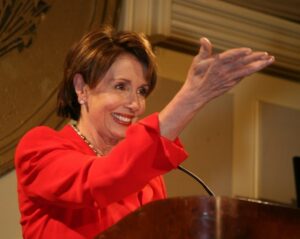 Grassroots gun owners have been a thorn in the side of House Speaker Nancy Pelosi.

If you only listened to them, you’d think the entire country is full of gun-grabbing nut jobs.

It’s especially aggravating after a series of mass murders, as our nation experienced in August. The anti-gun left was demanding that Congress return from its August break to pass gun control.

Gun grabbers were predicting that gun control was now inevitable.

We even heard some pro-gun advocates lamenting that this time, there was no stopping gun control from passing.

Yet here we are in December where, so far, nothing has been sent to the President’s desk.

There’s a reason for that. In large part, it’s because of YOU.

In August and September, grassroots activists deluged the Congress and the White House with over three million communications!

Around that time, a high-ranking office confided to us that gun control would have already passed, except that grassroots gun owners had been so loud — and had put incredible heat on their legislators.

So as we get closer to finishing out this year, nothing has passed out of the Congress. No Universal Registration Checks. No ban on commonly-owned firearms and magazines. No red flag gun confiscation laws.

In fact, the House tried to sneak a red flag gun grab into the Violence Against Women Act (VAWA) — a bill that was aimed at protecting women.

House Speaker Nancy Pelosi thought she could use a popular vehicle — like a bill dealing with women’s issues — to get Republican support for gun control.

Thankfully, she was wrong.

The red flag language was so broad that it would have allowed anyone you’ve ever dated to file a secret order to take away your guns.

But within the past month, negotiations between pro-gun Republican Senator Joni Ernst (IA) and the Democrats has broken down.

Senator Ernst filed her own version of VAWA without gun control. And, with that, the Democrats’ strategy has appeared to collapse.

So thanks to Joni Ernst and to the myriad of GOA activists who contacted their Senators in opposition to VAWA.

We should never forget that elections have consequences. And that’s why it was so important that the pro-gun community moved heaven and earth to get Sen. Ernst elected in 2014.

She defeated a gun-grabbing Democrat in that election, and that always makes a huge difference in Congress!

“Without GOA getting a copy of the manual, the ATF’s violation of their policy would have never come to light.” — Ammoland, November 26, 2019

But you can shine a light on their misdeeds and expose what they’re doing.

In November, GOA scored a major victory when its Freedom of Information Act (FOIA) request forced the ATF to cough up its Firearms Industry Operations Manual.

It wasn’t easy. As reported by Ammoland:

This copy is the first time since the 1990s that the manual has been made public. The ATF was not quick to supply the information to GOA, but continued pressure by the gun-rights organization forced the ATF’s hand.

This is the book which sets out the regulatory guidelines used by the ATF investigators who are responsible for examining and investigating FFL records.

By letting gun dealers know in advance what the ATF would be looking for when it came into theirs shops, we gave them a valuable tool to anticipate and prepare for ATF inspections.

This is important because as stated in the Ammoland article, ATF agents have used the annual inspection to gather evidence in building criminal cases.

Ammoland reports that the information in this secret manual “gives the dealers a way to know if the inspectors are overstepping their authority. Before GOA was able to obtain the document, it was almost impossible to know how much power the ATF inspectors had in regard to their inspections.”

So there’s a lot of good news in this alert. Please share this with your pro-gun friends. It’ll encourage them too!