GOA Thanks Activists After One Million Emails Generated into Senate

Congratulations for Your Hard Work!

Thank you so much for being part of GOA’s grassroots team. 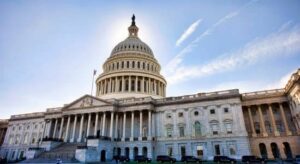 This week GOA activists responded to threats by Democrats to stick gun control into a COVID-19 relief bill.

And wow, your response was huge!

Together, GOA activists generated one million emails into the Senate, urging Republicans to kill the radical gun control agenda of the anti-gun Left.

And now, we have good news to report.

We are hearing from Capitol Hill insiders that Senate Majority Leader Mitch McConnell and other Senate GOP leaders are blocking plans to stick red flag gun confiscation orders onto the COVID-19 relief bill.

“You don’t pop the cork until they’ve banged the gavel,” said GOA Legislative Counsel Michael Hammond in a published oped.

“But we are cautiously optimistic that we are in a good place with respect to any effort to add gun control to the successive coronavirus bills,” Hammond said.  “And if we win this battle, this will presumably be the last chance for gun control advocates to push their agenda before the November elections.”

Again, thanks so much for all your hard work.

Click here to Upgrade Your Membership so we can multiply our efforts even more!

We told you that GOA would continue to bring you updates about what our legal team has been doing.

You will remember that we have reported on some incredible victories from around the country — including North Carolina and Pennsylvania to name a few.

The battle began in earnest after several states closed down gun stores and ranges using the Coronavirus pandemic as an excuse.

Officials in these states claimed their actions were justified when federal guidance failed to list these establishments as “essential.”

The events which followed were reported by Jared of Guns & Gadgets, which is one of the premier sources of news about Second Amendment-protected rights in the country:

That same day Trump responded to the letter; and the Department of Homeland Security changed their designation and [included] gun shops, retailers, manufacturers [and] shooting ranges.

Officials in several jurisdictions responded by reversing themselves. But other officials in very repressive states dug in their heels.

So thanks to your support, GOA’s legal team has been active in these anti-gun states, including:

Again, we want to thank you for your support. That keeps Gun Owners of America on the frontlines, fighting for your rights which are protected by the Second Amendment.

We can’t do all this without your help!

GOA in the Media 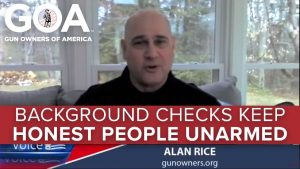 Even though the Trump administration declared gun stores and ranges to be “essential,” several jurisdictions across the country refused to comply.

This was one of the big reasons that GOA and Grass Roots North Carolina (GRNC) threatened several lawsuits in the Tar Heel State.

As a result, gun grabbers were furious with Gun Owners of America.

In one of the more comical articles, the headlines blared:

Well, if you guessed that GOA and, by inference, that YOU are the aforementioned “gun nuts,” then advance to the head of the class!

Reading the article, you sense the disgust of the author for GOA and GRNC.

And the article ends with this lament by the mayor of Durham, Steve Schewel, who is a virulent anti-gunner:

“Our lawyers said we couldn’t win,” Schewel [said]. “And not only that they were gonna win, but that we were gonna have to pay [GOA and GRNC’s] legal fees.

“And so that’s why we made the decision [to reopen gun stores] — which is, you know, awful. Gun stores are not essential. In fact, they are damaging. It’s terrible to be forced into this position.”

Again, GOA is able to take on cases like this because of our members generous donations.

If you’d like to contribute to GOA’s Legal Defense Fund, please go here.

And finally, if you would like to view or read a sample of GOA’s media appearances, here are a sample: 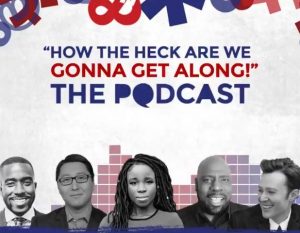 1) Antonia Okafor, GOA’s Director of Outreach, takes on several liberals in discussing the spike in gun sales and government restrictions in the era of COVID-19.

2) Ammoland questions why Virginia’s Governor is running scared from Gun Owners of America.

3) GOA Legislative Counsel Michael Hammond explains that while gun owners can be cautiously optimistic that firearms restrictions will not end up in the COVID-19 relief bill, we still need to remain vigilant.

4) View two brief videos announcing some of the victories that GOA and its members have achieved together. Be sure to check out these videos here:

* Are You Tired of Winning Yet

6) Gun author Dan Wos explains why GOA is pushing Constitutional Carry as to the answer to combat the gun restrictions that Americans are experiencing during this COVID-19 crisis.

7) GOA’s Rachel Malone joins the Jim & Michael Show to discuss GOA’s response gun store closures and other threats to the right to keep and bear arms during the COVID-19 pandemic.

8) Alan Rice, GOA’s New Hampshire State Director was interviewed by America’s Voice News about the spike in gun sales and the inability of NICS to handle the workload which resulted in multi-day delays. Alan explained that GOA has opposed NICS for over twenty years precisely because it can prevent people from obtaining guns when they need them.

As you can see, there’s a whole lot going on.

Thanks again for staying with us in the fight!