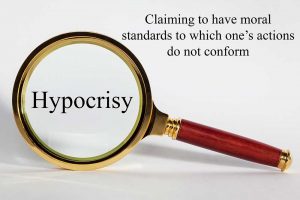 Bloomberg’s history of sexism is widely known throughout his companies. In fact, he and his friends are even known to joke about blatant attacks on women. In 1990, when he was turning 48, a top aid presented him with a book at a company party called “The Wit and Wisdom of Michael Bloomberg.”

The aid filled the pages of the book with quotes from Bloomberg himself that he used at work. These quotes were so egregious that if an average person had voiced them, they would have been immediately fired and probably sued for sexual harassment. Bloomberg tried to use his billions of dollars to bury the truth. What else is to be expected of a man that believes his life is more valuable than yours?

Bloomberg also lays out his opinion of women in the book with quotes like, “If women wanted to be appreciated for their brains, they’d go to the library instead of to Bloomingdale’s.

This book isn’t just a few pages. It is 32 pages of sexism and other derogatory terms, including pictures. Bloomberg goes as far as to describe competition as “fags.” Reading through the pages of the book, you can see why women have sued his company for being a hostile work environment and why he refused to release any women who did sue him out of their non-disclosure agreements…

Bloomberg championed the policy of randomly stopping minorities and searching them even though they did not commit, nor did police suspect them of committing a crime. Bloomberg would call this policy “stop and frisk.”

The purpose of the policy was for police to search minorities for drugs and guns. It didn’t bother Bloomberg that he ordered police to violate New York City residents of their Fourth Amendment Rights.

The Constitution is very clear on unreasonable searches, and many believe that “stop and frisk” searches run afoul of the Constitution. The plaintiffs filed many lawsuits against New York City and Bloomberg himself, including a class-action case. Bloomberg’s policy is still in effect today, although its use has drastically decreased under Comrade Mayor de Blasio.

This policy isn’t the only evidence of Bloomberg being racist. There is a leaked taped of Bloomberg talking to a room full of white donors where he made several racist comments. This tape is where the infamous “throw them against the wall comment” about African Americans surfaced…

Is the 2020 Election Really the Predicted Fire-Armageddon?