Mass Shooting Stopped By Armed Citizens In FL, But You Won’t Hear About It In The News 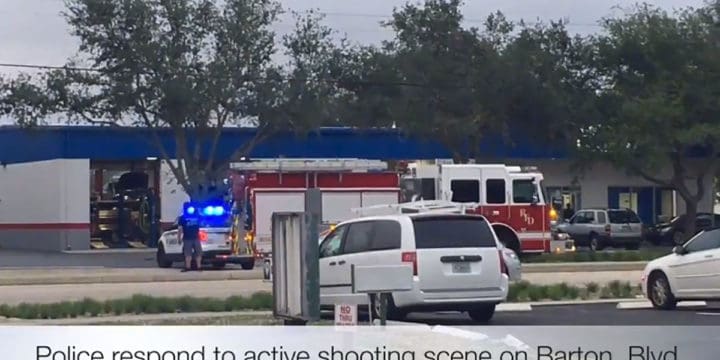 ROCKLEDGE, FLORIDA — A gunman opened fire outside an auto shop in Florida on Friday, killing one and injuring two others. With no apparent connection to anyone at the auto shop, the suspect opened fire indiscriminately.

You won’t hear about it in the headlines, because it was a thwarted mass shooting. Multiple employees at the auto shop were armed and ready to defend. And they did so, successfully.

A man armed with a .45-caliber handgun and a lot of ammunition wandered onto an auto repair shop property and began firing in the parking lot Friday afternoon, police said.

The gunman killed one employee and paralyzed a second. That’s when the employees at Schlenker Automotive fought back with equal force, Rockledge police chief Joseph La Sata said.

The suspect was shot twice and effectively neutralized. He was taken to the hospital under police watch. His condition is critical.

You won’t hear about this in the headlines because it doesn’t have any meaning to mainstream news if not a lot of people die. The better story here, of course, is the fact that we have a mass shooting attempt that was successfully stopped by multiple armed citizens.

Guns save lives? You bet your ass they do.