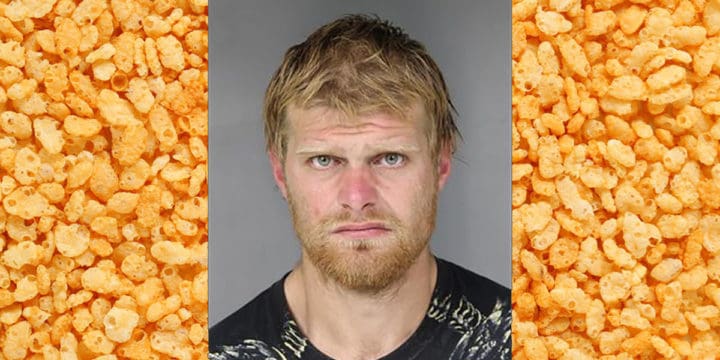 A man, who fancies breakfast foods, decided to put some rice krispies inside a shotgun shell. The next big idea was to shoot someone with those fast-propelling pieces of cereal.

According to KRCR, Eureka police officers received a “shots fired” around 3:25 p.m. on June 7. They responded to find the wounded man and learned that the suspect, 29-year-old Timothy Glass Jr., had fled the scene on a bike.

The victim was transported to a hospital, and police determined that Glass had shot him using a flare gun, which was loaded with a shotgun shell packed with Rice Krispies.

The person shot wound up with a wounded hand, and he also declined to press any charges against Glass. While we don’t know the circumstances surrounding this cereal assault, it’s something that you don’t see everyday.