Bans on commonly-owned firearms do NOT reduce gun-related homicide rates.

In 1994, Congress banned more than one hundred commonly-owned firearms — incorrectly labeled as “Assault Weapons” (AW) — and most ammunition magazines holding more than 10 bullets. (The law expired in 2004 but Democrats in Congress want to pass a similar measure). A U.S. Justice Department study for the 1994-2004 ban found:

“AWs were used in only a small fraction of gun crimes prior to the ban: … we cannot clearly credit the ban with any of the nation’s recent drop in gun violence.”[i] 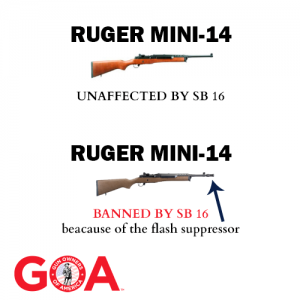 “Specific laws directed at firearm trafficking, improving child safety, or the banning of military-style assault weapons were not associated with changes in firearm homicide rates.”[ii]

Prior to the 1994 federal ban on commonly-owned firearms, California, Connecticut, Hawaii, and New Jersey had similar bans. Between 1980 and 2009 the effect of these state semi-auto bans on gun-related murder rates was studied:

“The dependent variable used was the state-level gun-related murder rate … in terms of murders per 100 000 persons.… [S]tate assault weapons bans did not significantly affect murder rates at the state level.”[iii]

Some think semi-automatic guns are like machine guns, but in actuality, they only fire a single cartridge for each trigger pull. “The rate of fire of semi-automatics is equivalent to that of revolvers, in that both depend on how quickly a person can pull the trigger.”[iv] They are not automatic weapons (used by the military) which, for a single pull of the trigger, continuously discharge cartridges until either the trigger is released or the magazine is empty. Governor Northam also seeks to ban many gun accessories including flash suppressors (protecting eyes), hand grips (improving aim), muzzle breaks (reducing recoil), and telescoping stocks (adjusting for arm length).  None make a gun fire faster.

Gov. Northam’s “Assault” bills ban classes of firearms now commonly used across most of the country. The guns would be prohibited even for home defense which contradicts two U.S. Supreme Court decisions: District of Columbia v. Heller (2008) and McDonald v. City of Chicago (2010).

Starting July 1, 2020, state and local police would be allowed (under SB 16) to confiscate private firearms without compensating owners in direct violation of the Fifth Amendment which provides, “nor shall private property be taken for public use, without just compensation.” Reporting the theft of a “prohibited” firearm after 6/30/20 will result in felony prosecution for possessing it.
(copy permission granted)

Governor Northam now says he wants registration, which is the next step to confiscation.

SB 16 would make mere possession or ownership of certain firearms, or parts of firearms — not merely the misuse of such firearms — a felony starting July 1, 2020, punishable by five years in prison, despite gun owners not injuring anyone.

Recently, Governor Northam has said that he is willing to forgo gun confiscation and have registration instead. But registration is a necessary step to bans and confiscation. In the 1990s, New York City told registered gun owners to remove firearms from NYC. Two 2020 Democratic presidential candidates have stated they intend to ban/confiscate AR-15’s and 9 mm handguns.  Registration is very dangerous.

The Governor punishes the innocent for the criminal actions of others.

Because some criminals have abused firearms and harmed others, Governor Northam wants to punish all Virginians who own firearms despite their never using guns to harm anyone. Mandating five years in prison, for owning or possessing a firearm that peaceful American citizens in other states may own, is a profound injustice. The Book of Proverbs (17:26) states,” It is surely not good to punish the innocent.” 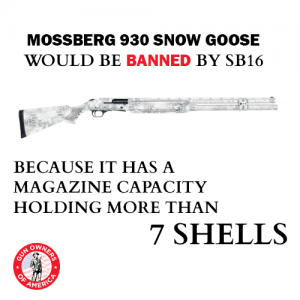 Two Gallup polls taken in October 2018 and October 2019 found that for the two-year average, 43% of Americans live in a home or on property where a gun is present.[v] Adjusting for underreporting of gun ownership,[vi] a minimum of 45.7% of Virginia’s 3,467,000 households have firearms, or 1,584,000 Virginia households have firearms, or roughly 3, 912,000 Virginians live in homes with firearms.[vii]  Attempts to confiscate certain firearms under color of law, from 2+ million persons who never harmed anyone, would be a very ambitious, wildly imprudent and arrogant action perpetrated by Virginia’s governor and some Virginia law-makers.