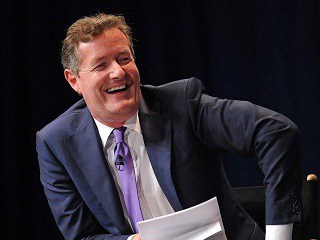 Piers Morgan, a long-time guest of America who even hosted a show on CNN, continuously irritated his American cousins by acting as if he were a misbehaving British butler.

Piers Morgan has a way of reminding Americans why we are no longer British.

Piers Morgan, a long-time guest of America who even hosted a show on CNN, continuously irritated his American cousins by acting as if he were a misbehaving British butler.

Recently, Morgan tweeted that our Bill of Rights should be amended — specifically, “both 1st & 2nd Amendments.”

Of course, that’s just what you were thinking — that some of our core constitutional protections need to be changed because a snide-talking Brit says so, right? Morgan is so fond of lecturing Americans about how we got our War for Independence wrong that he even got himself canned from liberal CNN.

Speaking of getting fired, Morgan’s career exemplifies the Peter Principle in operation — namely, that an employee will eventually rise to the level of his or her incompetence.

Such has been the case with Piers Morgan. Every time he discredits himself or gets fired, he lands on his feet in another cushy position. In 2000, while at the London Daily Mirror, Morgan was reportedly found to have engaged in insider trading by the Press Complaints Commission. The Mirror finally had to fire him in 2004 when he published photographs subsequently shown to be false. They confessed to their readers that “We were hoaxed” by his fake photographs.

This is the guy who fell off a Segway in 2007 and broke several ribs. Pay no attention to his derisive comment when George Bush fell off one a few years earlier, saying: “You’d have to be an idiot to fall off wouldn’t you, Mr. President?”