I am happy to report that Democrat Governor John Bel Edwards honored his declared support of the Second Amendment by signing into law pro-gun bills HB140, HB334, HB746, and HB781. 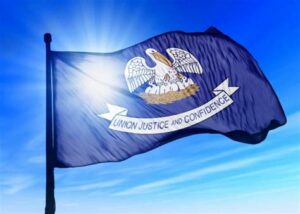 This is no small accomplishment, and it would not have been possible without you being a part of GOA’s grassroots team!

Action taken by you, and gun owners across the state, throughout the course of this legislative session sent an unmistakable message to the legislature and to the Governor, that current infringements on our God-given right to defend ourselves and our families are unacceptable.

In fact, action taken by you in response to the threat of executive officers (from the governor down to city mayor) limiting or prohibiting the sale and transfer of firearms during a declared emergency directly led to the filing of HB781, a bill that protects our gun rights during a state of emergency.

So thank you for all of your time and effort!

And thanks to the legislators who introduced and supported these bills, as well as, to Governor Edwards for signing them into law.