Yesterday, the Louisiana Senate took up pro-gun bill HB140 for final passage. During the debate, Senator Gary Smith (D-Dist. 19) introduced an amendment that changed HB140 from a pro-gun bill into one of the most anti-gun bills proposed in Louisiana in recent memory. 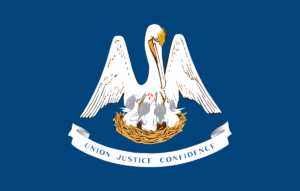 As opposed to the original intent of the bill, the amendment introduced in the Senate expands the authority of parish and local governments to prohibit the possession of a weapon or firearm by creating additional locations under R.S. 40:1379.3(N) where a concealed handgun permit holder would be prohibited from carrying a concealed handgun. These locations include:

This amendment completely changes HB140 as originally passed by the House. It takes a pro-gun bill, the purpose of which is to protect law abiding gun owners across Louisiana, and turns it into an anti-gun bill that not only expands the authority of parish and local governments to prohibit the possession of firearms, but further restricts the ability of law-abiding gun owners to protect themselves and their families.

The House is currently scheduled to vote on HB140 as amended on Sunday. May 31st.

I ask that you please contact your Representative and urge them to reject the amendment to House Bill No. 140.

Though the amendment to HB140 was a disappointment, there was still plenty to celebrate as pro-gun bills HB334, HB746 and HB781 passed the Senate and will head to the Governor’s desk. Be on the look out in the next few days for an action alert urging the Governor to sign these pro-gun bills into law.

But for now, please take action (above) and urge your Representative to oppose the gun control amendment to HB140.