With House Bill No. 140 moving forward without the anti-gun amendment introduced by Senator Gary Smith (D-Dist. 19), a total of four pro-gun bills will now be sent to Governor John Bel Edwards. 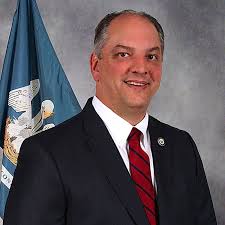 This past Sunday, the House rejected Senator Smith’s amendment to HB140, which hijacked a good bill meant to strengthen Louisiana’s preemption law, and sent it to a conference committee comprising members of both the House and the Senate that agreed to move the bill forward as it was originally written when it passed the House. HB140 was then sent back to the House and the Senate where it passed with over seventy-five percent of the vote in both houses.

(Thank you to everyone who took the time to contact their representative to urge them to reject Senator Smith’s anti-gun amendment!)

Governor John Bel Edwards became governor, and narrowly won re-election, based in part on a message of being a “pro-gun” Democrat. The Governor has not had much of a chance over the past five years to demonstrate his commitment to the Second Amendment; however, these four pro-gun bills provide the Governor an excellent opportunity to demonstrate just how “pro-gun” he actually is.

As such, I ask that you please contact Governor John Bel Edwards and urge him to honor his support for the Second Amendment, and the individual rights of all Louisianians, by signing into law the following pro-gun bills: