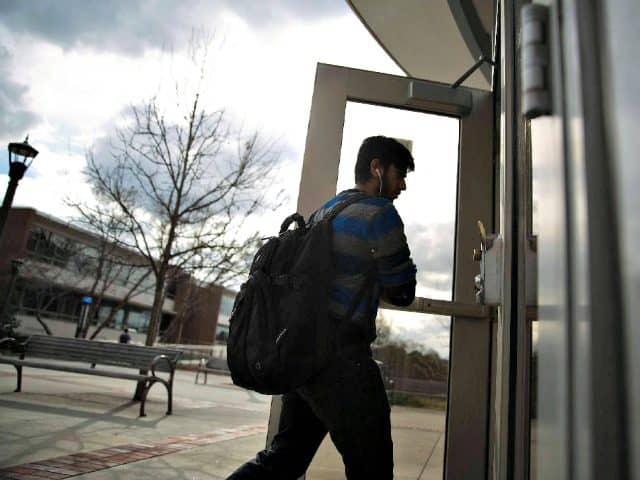 In a January 17 editorial, the Los Angeles Times argues that allowing concealed carry permit holders to be armed on campus is “dangerous” and “silly.”

In case those two assertions don’t work, the Times also suggests law-abiding citizens rarely use a gun for self-defense, so campus carry is pointless to begin with.

According to the Times:

College, we like to think, is a time of intellectual inquiry. But it is also, as anyone who has spent any time on a campus knows, a time of boundary-testing, experimentation and alcohol-fueled parties. Not exactly the kind of place where it makes sense to let folks wander around carrying hidden weapons. Yet that is exactly what gun-rights advocates are pushing for around the country. They succeeded most recently in Texas with a law that allows people licensed to carry concealed weapons to do so on college campuses.

The Times goes on to cite the “irony” of the fact that Texas’ campus carry law went into effect on August 1, 2016, which was the anniversary of a firearm-based attack carried out by a criminal on the University of Texas campus 50 years ago. Lost on the Times is the irony that they fail to see that campus carry is an answer to such criminal attacks; it is a way for law-abiding citizens to shoot back in defense of themselves and others.