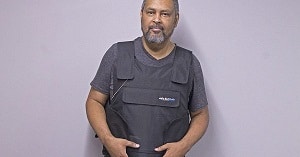 Campus carry took effect in the state on July 1:

According to the University Daily Kansan, Willmott said, “Try to forget that I’m wearing a vest, and I’ll try to forget that you could be packing a .44 magnum.” The irony of Willmott’s statement is that the only people carrying guns prior to July 1 were non-law-abiding citizens, and now the good guys can legally be armed in order to stop or stifle an attack.

In other words, concealed carriers are better than a bullet proof vest in that they can actually shoot back.

Willmott said, “The disturbing part of the policy for me is that [the gun] is concealed. It’s kind of a don’t ask, don’t tell kind of a policy, and so, you’re just kind of expected to forget that they’re probably there. And in that sense, you’re kind of living in a lie.” Again, Willmott’s statement overlooks the fact armed bad people have been armed numerous times on gun-free campuses around the country, but the behavior of such bad actors is now in check because good guys can be armed for self-defense.