Out-of-state individuals will be eligible to apply for concealed carry permits under legislation signed by West Virginia Gov. Jim Justice. 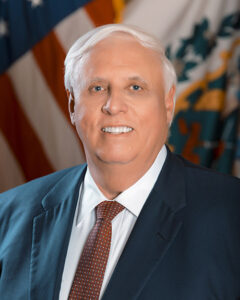 House Bill 2793 will subject non-residents to the same standards West Virginians have for obtaining a permit and require them to pass relevant background checks. Effective in 90 days, a person will be able to apply for the permit through a county sheriff and will be subject to a $100 fee.

The governor also signed House Bill 2499, which establishes a tax credit for firearm and ammunition manufacturers and removes the sales tax for those items. This bill will cost the state about $1.4 million in Fiscal Year 2022, according to a fiscal analysis from the Department of Tax and Revenue.

“These are really important and bold moves,” Justice said upon signing the two gun-related bills and other pieces of legislation. “It’s really great stuff and I commend all our great senators and everyone that made this happen.”

Erich Pratt, the senior vice president of Gun Owners of America, told The Center Square that they support this legislation

Pratt also encouraged the governor to support legislation that would classify West Virginia as a Second Amendment Sanctuary. This would seek to nullify federal gun control laws the state deems unconstitutional.

“This bill would order state and local officials to refrain from enforcing Biden’s gun control agenda, and GOA urges the Governor to sign this bill right away,” Pratt said…

Read more at The Neighbor