The “masters” in New York and Washington have a new bill which they expect will pass in the Maine legislature.

And they have spent millions of dollars pushing it — and trying to ensure that, in the end, Mainers will have as few rights as New Yorkers and Washingtonians.

The issue is “red flag” gun confiscation.  The bill is LD 1068 , and it is sponsored by Senator Carney of Cumberland.

If LD 1068 is passed into law, an angry relative could file an unsubstantiated affidavit, arguing that you — a gun owner — are, in their opinion, “dangerous.”

You have no due process and no right to be heard. 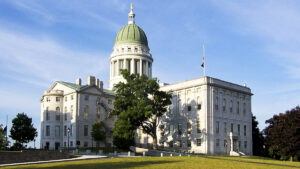 The first time you’ll learn about the confiscation order is when a SWAT Team arrives at your house at 3 a.m., and you discover they are there to confiscate your guns — and even shoot you if you resist.

Think this is an exaggeration?  Well, Gary Willis, a 60 year-old black man from Ferndale, Maryland, received such a visit at 5:17 in the morning.  It turned out that one family member didn’t like his politics, and “dropped a dime” on him.

At the end of the encounter, Willis had been shot to death.  His niece said he was the nicest man you could imagine, but no action was taken against the police for killing him — when, in fact, he had committed no crime.

This is pretty much the norm.  Criminologist John Lott has done a study of states with “red flag” gun confiscation laws.  He determined that red flag laws didn’t reduce serious crime or reduce suicide or have any other beneficial impact.

New York and California have discovered that they are still shooting galleries — long after their “red flag” gun confiscation laws were passed.  Now they want Maine to make the same mistake.

Please use the above form to contact the committee and let them you that you expect LD 1068 voted “ought not to pass” when they “work” on it.

If you prefer to call, click here for the additional information on the committee — including members and contact information.  Please remember to be polite but firm when you urge the Judiciary Committee to vote LD 1068 “ought not to pass.”