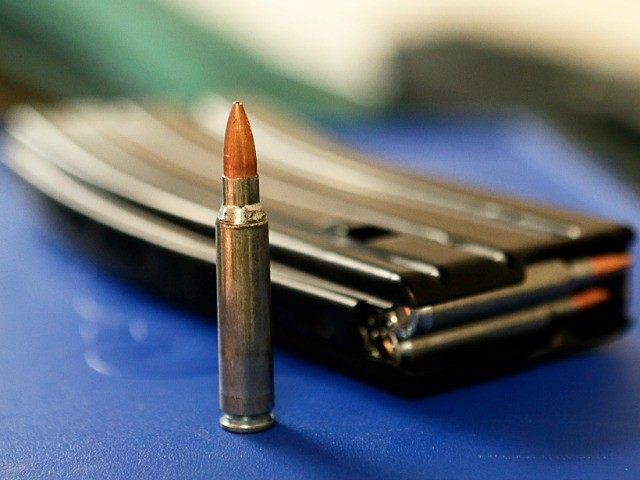 Benitez ruled that the ban takes away Second Amendment rights “and amounts to the government taking people’s private property without compensation.”

According to ABC News, Benitez ruled, “If this injunction does not issue, hundreds of thousands, if not millions, of otherwise law-abiding citizens will have an untenable choice: become an outlaw or dispossess one’s self of lawfully acquired property.”

Click here to see what Sen. Elizabeth Warren is doing in the Senate

And while the ban was approved by a majority of California voters, Benitez noted, “[The] constitution is a shield from the tyranny of the majority.”

While Benitez’s ruling stalled the ban, the Law Center to Prevent Gun Violence’s Ari Freilich expressed confidence that the ban will eventually be enforced. He said, “Unfortunately this law will be delayed but we are confident it will go into effect, and soon.”

Freilich did not address the fact that the high-profile shooting in Santa Barbara — May 23, 2014 — was carried out with “standard” magazines of 10 rounds. Nor did he address the fact that one of California’s most recent high-profile shootings — the Fresno attack — was carried out with a .357 magnum revolver, a gun which is in no way covered by magazine limitations.