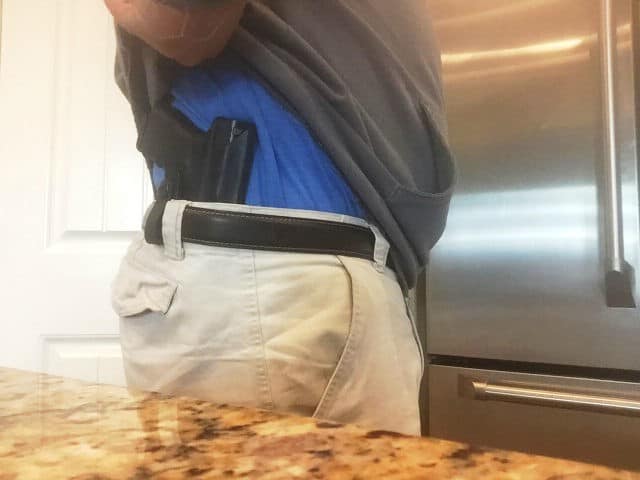 Crime Prevention Research Center’s (CPRC) John Lott points out that police are convicted of gun crime at a higher rate than permit holders.

Lott’s assessment is not for the purpose of disparaging police. Instead, it is to show that concealed carry permit holders are among the most law-abiding citizens, and their armed presence on campus is a deterrent, rather than a cause for concern.

Writing in The Hill’s May 26 column, Lott highlights the left’s claims that concealed carry permit holders make college campuses less safe. He points out that the left has reacted to proposed campus carry legislation in state after state by warning that armed, law-abiding citizens on campus would make classrooms and universities more dangerous. But the danger has not materialized, even though campus carry has been in effect in some states for 14 years.

For example, it has been the law in Colorado since 2003 and in Utah since 2004. It has become law in numerous other states since then, including Arkansas and Georgia this year.

But where are the crimes? The Wild West shootouts? The bullets whistling through the air on campus carry campuses? These are no where to be found because concealed carry permit holders are generally not criminals.

Lott explains that the left opposed shall-issue concealed carry when it began to sweep the country in the late 1980s and early 1990s, and they used the same arguments then that they use now when decrying arming law-abiding citizens for self-defense on campus. They largely argue that only trained law-enforcement should be armed on campus. They intimate that allowing students to be armed will only lead to a more dangerous campus setting.

Lott counters, “Permits have been revoked for firearms-related violations at rates of thousandths of one percentage point. Civilian permit holders are less likely than police officers to be convicted of a firearms violation.”