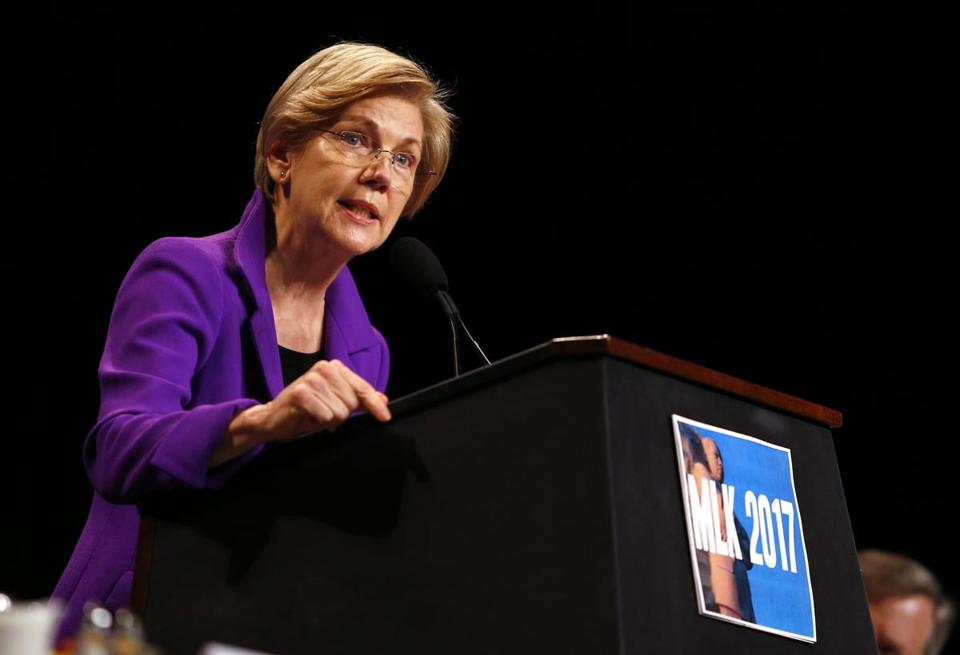 “Anti-gun senators like Warren have used any pretext, however attenuated, to interfere with hunting and the exercise of Second Amendment rights,” the executive director of the Gun Owners of America, a group to the right of the bigger National Rifle Association and claims 1.5 million members, said.

How does a hearing aid bill turn into a fight about gun rights?

By having Elizabeth Warren as a lead legislative author, apparently.

Warren has teamed up with several Republicans on legislation creating an over-the-counter category of hearing aids, which proponents believe would lower prices, spur innovation, and help millions of people with mild-to-moderate hearing loss obtain devices and improve their lives. As few as one in seven of the estimated 30 million Americans with hearing loss gets aids, experts say, and a big reason is their high cost.

The hearing aid industry is against the bill, but in recent weeks, opposition has emerged from less expected places: gun owners and a slew of conservative groups. The backlash appears to be rooted less in the substance of the legislation and more in the fact that it’s Warren — a senator increasingly targeted by Republican groups — who is behind it.

A gun owners group argues that the legislation would impact hunters who purchase hearing enhancement devices as a way of better hearing their quarry. This, they say, is an infringement on their constitutional rights.

“In the past, anti-gun senators like Warren have used any pretext, however attenuated, to interfere with hunting and the exercise of Second Amendment rights,” the executive director of the Gun Owners of America, a group to the right of the bigger National Rifle Association and claims 1.5 million members, wrote in a May 16 letter to lawmakers laying out the group’s objections. “And we can only interpret this legislative initiative to be the most recent of these.”

Despite assurances from the bill’s authors that it would not affect devices used by hunters, they say, Warren cannot be trusted.

“Were Warren less of an enemy of the Second Amendment, we might give more credibility to the argument that we were protected,” the director, Erich Pratt, wrote. “But she isn’t. So we don’t.”

Like the gun owners, a coalition of conservative groups in letters and op-eds describes the hearing aid legislation as the creation of Warren’s. [N]early two dozen conservative groups — including Frontiers of Freedom, Tea Party Nation, and the Center for Freedom and Prosperity — have opposed the legislation….

Gun Owners of America has continued sending out messages to its members opposing the legislation. It has also been working with several House Republicans to add language to the bill that they believe would shield hunters.