Once again, we see the failure of gun control in preventing a horrible tragedy.

Gun-free zones are magnets for killers. Consider that almost 98 percent of public mass shootings in this country occur in these mandatory victim zones. 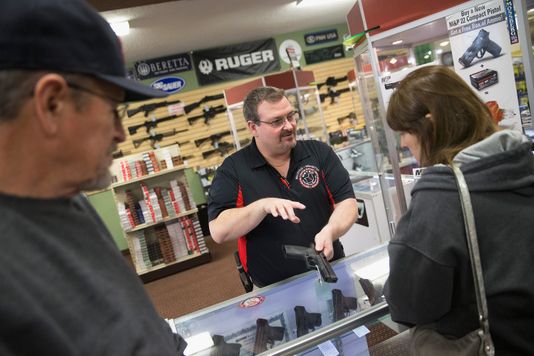 But where citizens can protect themselves, the situation is much different. Within the past month, two potential mass shootings were averted by law-abiding citizens who used their concealed firearms.

But the anti-gun left fails to mention how these two citizens saved lives in those incidents. Why is that?

We will never rid ourselves of one basic problem: Bad guys with evil intent will always acquire some kind of “weapon” to commit violence.

This includes using a truck to kill eight and injure 11 in New York last year or wielding box cutters or knives to murder roughly 3,000 on 9/11.

Sadly, USA TODAY’s Editorial Board wants to merely focus on just one instrument — the gun.

Never mind the fact that Wednesday’s shooting occurred in a state that imposes some of the strictest gun control laws in the country.

This includes universal background checks, a ban on so-called “assault weapons” (and a prohibition of standard capacity magazines), a red flag law that allows gun confiscation, and more.

None of these draconian restrictions stopped Wednesday’s shooter.

Nor are they effective elsewhere, as seen by the fact that the United States is not even in the top 10 when one compares international death rates resulting from mass shootings.

This is why we should listen to our first responders. Over 85 percent of police agree that mass shootings would be “reduced” or “avoided altogether” by the presence of legally-armed citizens.

Erich Pratt is the executive director of Gun Owners of America, a national gun rights organization.

Massacre at Borderline Bar & Grill in Thousand Oaks, California was in another Gun-free zone: 12 murdered, 18 injured