The Illinois legislature will reconvene on Monday for the start of their Veto session. 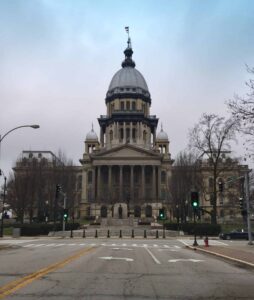 Democrats in the Senate are planning to use the session to pass several bills on their agenda, including more gun control measures.

S.B. 1966, originally a public defender bail program bill, was amended and completely replaced with language that outlaws and criminalizes the private transfer of firearms, among other things..

A link to the bill’s new language can be found by clicking here.

While these deceptive tactics are nothing new, because the entire state government is under Democrat control, there is very little standing in the way of this bill being passed.

The only thing that can stop this bill from becoming law is the gun owners in Illinois.

It is vital that you let your voice be heard and tell your senator that a vote in favor of S.B. 1966 is a vote against their constituents.

Please take action above to tell your senator to oppose S.B. 1966 and make sure it does not make it out of the upcoming session.