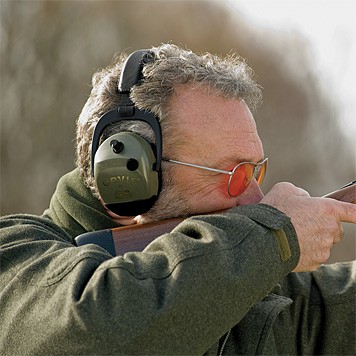 The Over-the-Counter Hearing Aid Act, a bipartisan effort introduced in both chambers in March, would allow stores to sell hearing aids over-the-counter.

Currently, the devices face intense regulation by the Food and Drug Administration, can cost thousands of dollars and can be obtained via prescription only.

PSAPs — often found in the aisles of sporting goods stores and marketed toward hunters and bird watchers — by law can’t include wording on their labels or in advertisements suggesting the products serve as a low-cost replacement for hearing aids.

Warren’s bill could change all that, too, by subjecting PSAPs and the hunting industry to a host of new regulations, said Erich Pratt, executive director of Gun Owners of America.

“There’s a pretty good chance that these hunting devices would fall within Warren’s definition of ‘over-the-counter hearing aid.’ Which would mean that a new federal bureaucracy would be in charge of regulating hunting,” Pratt said in a letter addressed to the House Energy and Commerce Committee last week. “Were Warren less of an enemy of the Second Amendment, we might give more credibility to the argument that we were protected by the ‘perceived … hearing impairment’ language of the Warren bill. But she isn’t. So we don’t.”

Pratt requests lawmakers delete the amendment containing Warren’s bill from the FDA Reauthorization Act — or at the very least, “put a hold” on the bill and try to fix it.

“In the past, anti-gun senators like Warren have used any pretext, however attenuated, to interfere with hunting and the exercise of Second Amendment rights,” he said. “And we can only interpret this legislative initiative to be the most recent of these.”

Nearly two dozen conservative organizations have urged Committee Chairman Rep. Lamar Alexander, R-Tennessee, to “oppose the bill at every turn” in a letter dated May 8 and signed by the Tea Party Nation, the Center for Freedom and Prosperity and the Conservative Leadership PAC, among others.

The FDA Reauthorization Act of 2017 awaits a committee vote. No word yet on any plans to address the hearing aid language.