Leaders of Virginia’s gun “sanctuary” movement are calling on supporters of the movement to actively resist Democratic proposals in Richmond, citing the arguments that led to the American Revolution. 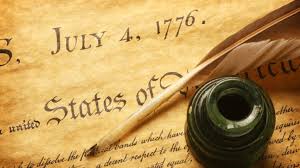 Two leaders of the movement said in a memo that “resistance to illegal and unauthorized government acts is not new,” citing the decisions by the Founding Fathers to sign the Declaration of Independence that challenged Great Britain and King George III”

“This doctrine is, in fact, foundational to our form of government. Indeed, the Declaration of Independence is a document of interposition, between the American colonists and a tyrannical King George III. Its signatories — the people’s representatives — pledged to one another ‘our Lives, our Fortunes and our sacred Honor,’ believing that they most likely would be tried and executed for treason against the crown,” said the memo from the Virginia Citizens Defense League and the Virginia-based Gun Owners of America Inc.

Sanctuary Counties may be THE Key in Defeating Gov. Northam’s Gun Control