Gun Owners of America: It’s not over yet

Al Amendolare has had his pistol license since the late 1990s, without incident. He feels New York’s new gun laws are unlikely to stop crime, and might actually do the opposite. 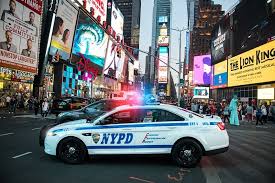 “I think that the new laws are putting further restrictions on the legal gun owner while the individual who’s getting the pistols illegally has no restrictions,” says Amendolare.

The gun lobby that brought the unsuccesful legal challenge to New York’s gun laws is actually feeling pretty encouraged today, finding hope in the wording of the judge’s decision.

“Absolutely, we have tremendous hope. In fact, the judge laid out the road on how to get there, and so our attorneys are working on that right now as we speak,” says Gun Owners of America Vice President, Erich Pratt…

Gun Owners of America say they should have amended filings in the next few weeks.